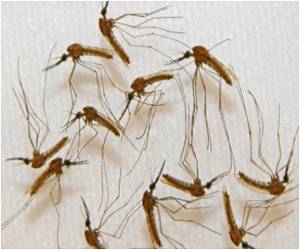 According to the study, prolonged treatment given from 6 to 24 months of age is safe and effective for young children and a monthly dose of dihydroartemisinin-piperaquine (DP) was the most effective of three anti-malaria drugs.

The researchers calculated the study results in terms of a numerical unit known as person years, which takes into account the number of individuals participating in the study and the time each person took part. (A study following 1,000 people for 1 year would contain 1,000 person years of data.)


For the children in the DP group, there were 3.02 malaria episodes per person year, 5.21 for the TS group, 6.73 for the SP group, and 6.95 for the control group. Compared to the control group, children in the DP group were 58 percent less likely to develop malaria. Between the groups, there was no difference in rates of anemia and other adverse events that have been associated with the drugs used in the study.

Malaria is a common parasitic disease of the tropics, resulting in a million deaths every year. Early detection and adequate treatment at the right time can reduce deaths due to malaria. Test your knowledge on this condition by taking this quiz.
Advertisement
Grant Dorsey, of the University of California, San Francisco (UCSF) at San Francisco General Hospital, said that their study showed that preventive drug treatment can greatly reduce malaria in young children in areas where there are year round high rates of transmission and they believe that this treatment regimen will be of substantial benefit in many parts of the world in need of improved malaria control measures.

The study was published online in PLOS Medicine.

British pharmaceutical giant GlaxoSmithKline has signaled its intention of coming out with a malaria vaccine.
Advertisement
<< Pregnant Women Will be Offered Screening Tests at 12 Weeks
FDA Implements New Guidelines for Gluten-free Labeling >>