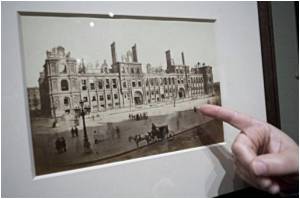 Traditional ways of life entails posting letters, navigating with a printed map, recording a favourite TV episode on a video recorder have all become things of the past. Owing to the increasing tendency towards using digitalised technology and the internet conventional ways of life is changing, reveals a new study.

Researchers who surveyed 3,000 British adults found that calling the cinema to check film times was top of the list of dying activities.

Handwritten love letters have become a thing of past, thanks to electronic love mails. The immediacy of heartfelt emails or text messages has replaced the intimacy of the handwritten
Advertisement

Printing photographs is also no more prevalent as more and more number of people are now resorting to store images on computers, often sharing them online through social networking sites.


Smart phones have almost made telephone directories and address books redundant, the researchers say. Internet access has reduced the need to go into banks and many people now shop online instead of on the high street.

President Barack Obama said that in a letter delivered after his death, late senator Edward Kennedy called for 2009 to be the year of long-awaited US health care reform.
Advertisement
Meanwhile, travel agents are also on the verge of becoming an endangered species, as holidaymakers browse the web to find the cheapest flights and best packages themselves.

The survey found that one in five people admitted that they are now never out of reach of an internet device, such as a smart phone, computer or laptop.

Since the mid 1990s the use of personal gizmos and gadgets of all kinds has simply increased. The study divulged that the average Briton now has more than four computing devices in their home, which is more than double the number they owned just 10 years back.

The research revealed that these changes have had a radical impact on our lives as more than three in four questioned said they relied heavily on technology every day.

But as digital cameras and emails have substituted printing photos and posting letters, it appears that many people are actually glad to see them sent off down memory lane.

Six in 10 people said that they thought their lives had been enriched by new technology and 75 per cent were convinced that technology saved them at least two hours per week in running errands.

"These findings show that Brits are using technology to replace many of our traditional ways of life, as we move to a more digital world," the Daily Express quoted Claire Galbois-Alcaix, of online back-up specialists mozy.co.uk, which commissioned the research, as saying.

How Einstein, Darwin Would Use E-Mail?

The way Albert Einstein and Charles Darwin wrote letters in a pattern similar to the way people use e-mail today, according to a Northwestern University study.
Advertisement

Almost half of web users in the UK have posted photos and videos to popular content-sharing sites such as Facebook and YouTube in the last year, reveals a new survey.
Advertisement