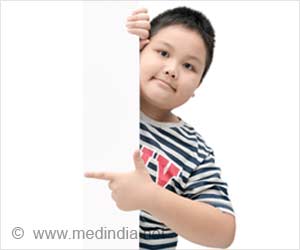 Rates of overweight and obesity in children are rising around the world, with serious long-term consequences for health and health care costs. In prior research, video and mobile games have helped children eat healthier and exercise more.

Due to busy lifestyles, food holds the least amount of importance for many of us. Healthy snacking is not as simple as it sounds. It involves thorough understanding of what, when and how to eat.
Advertisement
‘Video games that are perceived by children as a fun activity rather than a learning tool present a great opportunity to change children's health behaviors by delivering relevant knowledge implicitly.’

The study was conducted by researchers at Carnegie Mellon University (CMU), Hofstra University, Johns Hopkins University Center for Communication Programs (CCP), FriendsLearn, The Mithra Trust, Mind in Motion, the Center for Communication and Change - India (CCC-I), and Seethapathy Clinic and Hospital. The randomized controlled trial was designed and conducted by researchers from CCC-I and CCP and the data modeling and analytics were led by CMU.

The study appears in JMIR mHealth and uHealth.


"While many factors contribute to overweight and obesity, dietary decisions are a leading cause," explains Rema Padman, trustees professor of management science and healthcare informatics at CMU's Heinz College, who led the study.

Sugar in terms of caloric value is similar to starch, but in terms of metabolic effects, it is far different. It comes with a special payload.
Advertisement
"Video games that are perceived by children as a fun activity rather than a learning tool present a great opportunity to change children's health behaviors by delivering relevant knowledge implicitly. We are studying such gamified interventions as 'digital vaccine' candidates that have the potential to influence lifestyle behavior changes and lead to better health outcomes."

(Digital vaccines are a subcategory of digital therapeutics, which are evidence-based, prevention approaches that use digital technologies, such as gamified applications delivered via mobile devices, to encourage positive behavior.)

Most video games for children use explicit education strategies, such as providing answers, feedback, instructions, or suggestions to players. This study examined how an action video game called fooya!, which uses implicit learning to promote healthy eating and physical activity in children, affected actual food choices. In the game, an avatar fights robots that represent unhealthy foods, and the avatar's speed and body shape vary in response to the type of food it eats.

Evidence of the effects of games that use implicit education strategies on pediatric healthy eating is limited. Using data about the clicks made by players as they played fooya!, researchers analyzed the relationship between patterns of game play and behavioral outcomes related to dietary health.

The study involved 104 children ages 10 and 11 years from three schools in Chennai, India. The children were randomly assigned to a treatment group that played fooya! or a control group that played a board game that did not feature dietary education.

Children played the games for 20 minutes each in two sessions. After playing, they were shown three pairs of healthy and unhealthy food items from three categories--drinks (water and a carbonated soft drink), savory snacks (cashews and potato chips), and sweet snacks (raisins and a chocolate bar)--and asked to choose two items to eat.

"This finding will also influence how we communicate to children about healthy food choices for behavior change," says Uttara Bharath Kumar, technical advisor for social and behavior change at CCP. "It is consistent with what we know from behavioral science that fear and negative communication do not work as well as positive messaging and promoting self-efficacy--the notion that 'you can do it!'"

"Nutrition and lifestyle are at the root of lifelong risk of noncommunicable and infectious diseases," explains Bhargav Sri Prakash, founder & CEO of FriendsLearn, the life science and health technology company that serves as the research translation and innovation partner of the Digital Vaccine Project at CMU.

"These findings indicate the potential for societal impact by developing rigorous evidence-based science for 'digital vaccines' based on neurocognitive computing and analytics. As we build a platform of scalable, rich, game-like, engaging experiences, we aim to protect the health of children and families through science."

Among the limitations of the study, the authors note, are its small size, homogeneous groups of children, and short-term food choices, limiting the generalizability of the findings. Longitudinal studies on this subject can help determine longer-term effects, the authors suggest.

"By examining the complex interactions between game-playing patterns and health behaviors, our findings can inform the design and use of more effective mobile games for improving children's dietary health," notes Yi-Chin Kato-Lin, assistant professor of information systems and business analytics at Hofstra University, who collaborated on the study. "For example, video game designers may want to limit the display of unhealthy foods in their games."

Over 1 billion people world-wide are obese thus affecting their health due to their nutrition and lifestyle. 3.9% of India's population is obese! Know more about obesity and its prevention.
Advertisement
<< New Plant-Based Magnetic Nanoparticles With Antifungal Prope...
Researchers Partner to Detect New Strains of COVID-19 >>