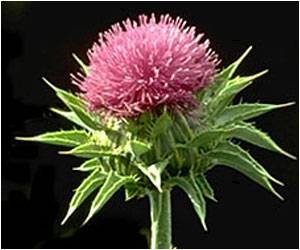 That''s the conclusion of a multicenter clinical trial published in the July 18, 2012 issue of the Journal of the American Medical Association.

"Patients ask me about milk thistle all the time," said Michael W. Fried, MD, lead author of the study, a professor in the University of North Carolina School of Medicine and director of the UNC Liver Center.


"Now I can tell them with great confidence that taking milk thistle, unfortunately, won''t help for chronic hepatitis C," he said. "I think this information is very important to help patients focus on other ways to maintain liver health and not rely on ineffective remedies."

How many of us know that the liver is a vital organ the size of an American Football? To understand more about the liver and its functions spend a few minutes taking part in this quiz.
Advertisement
Roy Hawke, PharmD, PhD, assistant dean of the UNC Eshelman School of Pharmacy, is a co-author of the study.

In the study, 154 people with chronic hepatitis C who had shown no improvement after conventional interferon-based therapy were randomly assigned to receive 420-mg or 720-mg doses of silymarin, or matching placebo, 3 times a day for 24 weeks.

At the end of 24 weeks, only 2 patients in each of the three treatment groups met the main outcome measure of the study, which was normalization or a minimum 50 percent decline from baseline in serum alanine aminotransferase (ALT) levels. Low levels of ALT are normally found in the blood while higher levels indicate liver damage or liver disease. There were no significant differences in response between the three groups. Quality of life measures were also unchanged.

Many different formulations of silymarin or milk thistle are available for purchase in the U.S. without prescription. The study used a very high quality European formulation that was given in doses 3 to 5 times larger than customary, Fried said.

"This was the strongest, most methodologically sound clinical trial to date of silymarin as a treatment for chronic hepatitis C infection, and we found that it had absolutely no effect on serum ALT or levels of the hepatitis C virus," Fried said. "That was a surprise to us. We expected it to show at least some effect."

The other medical centers that participated in the study were Thomas Jefferson University and University of Pennsylvania in Philadelphia, Beth Israel Deaconess Medical Center in Boston and the University of Pittsburgh.

More News on:
Pasteurization of milk Hepatitis A Hepatitis B Types of Milk Vasculitis Why Do We Eat - Nutrition Facts Diet Lifestyle and Heart Disease Silent Killer Diseases Liver Types of Food Allergies