Michigan's Medicaid Expansion Could Act as a Model for Pragmatic, Bipartisan Health Reform 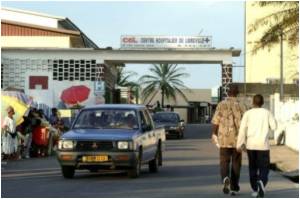 Michigan's newly expanded Medicaid program could act as a model for other states to achieve bipartisan health care reform even in a heated national political climate.

This was revealed by the head of the University of Michigan's health policy institute in an article published online today by the New England Journal of Medicine.

By blending public sector and private sector approaches to health coverage, Michigan's elected officials have found a pragmatic path forward that other states could learn from, says John Ayanian, M.D., MPP, director of the U-M Institute for Healthcare Policy and Innovation (www.ihpi.umich.edu).


Ayanian recently arrived in Michigan full-time, so his assessment of the state's trek toward Medicaid expansion and reform comes with a newcomer''s perspective.
Advertisement
After a year of transitioning from Harvard University - located in a state that embraced large-scale state health reform seven years ago - he became a full-time Michigander in early September. That's just after Michigan''s legislature approved the Healthy Michigan bill in late August, and just before Governor Rick Snyder signed it into law on September 16.

"It has been fascinating to watch as the key leaders from both political parties have come to agreement on the specific provisions of this new law, and it will be equally important to understand how expansion plays out and affects the health of Michiganders and the Michigan economy," says Ayanian, who heads an institute that includes more than 400 health care researchers from across U-M and partner organizations.

"As a primary care physician and as a health researcher, I have seen how insurance coverage can help people's health and finances , especially for those with serious conditions such as diabetes and depression," he adds. "Michigan's expansion was driven by a sense of community and compassion and by economic realities. That's a combination that other states can consider as they debate whether to expand Medicaid."

In the article, which will be published in print on November 7, he lays out the long debate that led Michigan to agree to accept funds under the federal Affordable Care Act to offer Medicaid coverage to low-income adults. He also examines the main provisions of the law.

The blend of approaches adopted by Michigan could help other states that are still pondering Medicaid expansion, he says - especially states where Republicans hold the majority of seats in one or both houses as well as the governorship. It could also be a model for future efforts to refine the Affordable Care Act.

The Healthy Michigan plan includes market-oriented reforms and provisions that will limit the Medicaid expansion's impact on the state budget if certain benchmarks aren't hit when the federal government's share of the funding decreases to 95 percent in 2017 and 90 percent in 2021.

Specifically, he points to the plan's provision that Michigan can withdraw from the Medicaid expansion in 2017 or later if the state's share of the cost has not been offset by savings in other areas of health care, such as the expected savings in prison health costs and mental health costs that have been predicted.

Some of Michigan's new Medicaid enrollees will also be responsible for shouldering a share of their health costs up to 5 percent of their income, though their share will be lower if they engage in healthy behaviors.

And, since the new enrollees will be required to have health savings accounts and will be enrolled exclusively in privately run managed-care plans, which must cover primary care and preventive services and can earn bonuses for controlling costs, Michigan will be a test-bed for a number of market-oriented Medicaid reforms.

Ayanian also points to the requirement that plans use a concept called "value-based insurance design" when deciding how much individuals must pay out of pocket for their care.

U-M researchers helped develop and test this concept, which lowers patients' costs for the services that can benefit each patient most, depending on their health status. Employers and large private insurers are also adopting the concept.

In Michigan, Ayanian concludes, "the key Democratic goal of expanding Medicaid coverage to low-income adults will be implemented in tandem with Republican objectives of controlling the state's health care costs, increasing the role of private health plans, and requiring some new Medicaid enrollees to contribute toward the costs of their care."

That bipartisan approach may be a viable way forward for other states, too.

More News on:
What is Medicare / Medicaid? Health Insurance - India

Beneficiaries of Medicaid Programs Not Getting Preventive Care
Researchers have found that existing state Medicaid beneficiaries are unable to avail preventive ......