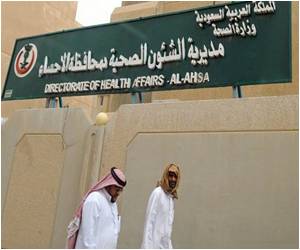 Two new deaths from the MERS coronavirus were confirmed by Saudi authorities, raising to 111 the number of fatalities since September 2012.

A 25-year-old man has died in the Red Sea port city of Jeddah and a woman of 69, who suffered from tuberculosis and anaemia, died in Mecca, also in western Saudi Arabia, the health ministry said.

It later said the death toll has now climbed to 111, revising its earlier figure of 109 deaths.


At the same time, 35 new cases of the severe respiratory disease have been recorded, raising the number infected in Saudi Arabia over the past two years to 396, the world's highest tally.

Around 75% of the camels recently surveyed in Saudi Arabia have been found to be infected with the MERS coronavirus which is responsible for human cases of MERS
Advertisement
American health officials on Friday said the first case of MERS has been confirmed in the United States.

The person infected with Middle East Respiratory Syndrome Coronavirus (MERS-CoV) is a health care provider who had travelled to Riyadh for work, they said.

Public concern in Saudi Arabia over the spread of MERS has mounted after the resignation of at least four doctors at Jeddah's King Fahd Hospital who refused to treat patients for fear of infection.

64 people in a village in Malaysia have been quarantined after one of the residents died of a respiratory illness.
Advertisement
<< Dietary Diversity Lacking Among Many Heavily Breastfed Infa...
India Silk Weavers Plead for Rescue >>