Severe menopausal symptoms such as hot flashes, sleep disturbance, loss of sexual interest, weight gain and other quality of life measures, were found to be linked with markers of vascular aging, a team of researchers at the University of Colorado Anschutz Medical Campus found.

The research team, however, found no association between these vascular markers and symptoms of depression. The study was published in Menopause, the Journal of the North American Menopause Society.

"The menopausal transition is a vulnerable time for women in terms of vascular health," said the study's lead author Kerry Hildreth, MD, assistant professor in the Division of Geriatric Medicine at the University of Colorado School of Medicine.


‘Menopausal symptoms and depression symptoms are greatest, and quality of life is lowest, in the late-perimenopausal and early postmenopausal stages, and this is due to vascular aging.’


"Many women also experience menopausal symptoms that can negatively affect their quality of life and can contribute to depression, which is an established risk factor for cardiovascular disease. We investigated whether these symptom and mood aspects of menopause were associated with markers of vascular aging."

Hildreth and her colleagues studied 138 healthy women grouped according to the stage of menopause. They found that arteries were stiffer, and the endothelium, the layer of cells that line the blood vessels, was progressively less healthy across the stages of menopause. Menopausal symptoms and depression symptoms were greatest, and quality of life was lowest, in the late-perimenopausal and early postmenopausal stages. Importantly, more severe menopausal symptoms and lower quality of life were associated with the worse vascular function.

"To our knowledge, this was the first study to examine the association of mood, menopausal symptoms, and quality of life measures with these key markers of vascular aging in a well-characterized population of women spanning the stages of menopausal transition," according to the study.

Although the majority of women do not experience depression during the menopause transition, the risk is two to three times higher than in premenopausal women. One hypothesis is that the brain has to adapt to the irregular fluctuations in estrogen, a potent neurosteroid, during perimenopause, and eventually to a new, lower baseline level after menopause. This may explain why depressive symptoms returned to lower levels in the late postmenopausal women.

But while the researchers did not find an association between depression and vascular dysfunction across the stages of menopause, they did find an association with common menopausal symptoms. These include vasomotor symptoms, such as hot flashes, palpitations and headaches, and general symptoms, such as sleeplessness, poor appetite, constipation, weight gain, and poor concentration.

The reasons behind these changes are unclear, but the loss of estrogen could play a key role.

"Estrogen modulates the synthesis and uptake of serotonin which has neuromodulatory, thermoregulatory, and cardiovascular actions," according to the study. "Fluctuating and declining levels of estrogen with the menopausal transition may alter serotonin activity."

Hildreth said the next step is studying the mechanisms underlying these associations between vascular aging and symptoms of menopause.

"A better understanding of these aspects of the menopausal transition will be important for developing effective lifestyle and therapeutic interventions to promote psychosocial well-being and cardiovascular health in women," said Hildreth. 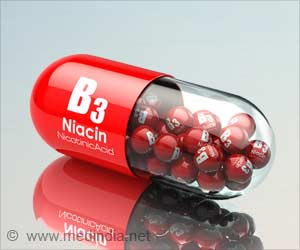 Lack of Vitamin D May Up Metabolic Syndrome Risk in Women After Menopause
Postmenopausal women with vitamin D insufficiency or deficiency were found to be at a greater risk for developing metabolic syndrome. However, supplementing and maintaining adequate levels of vitamin D can reduce the risk of disease.
READ MORE