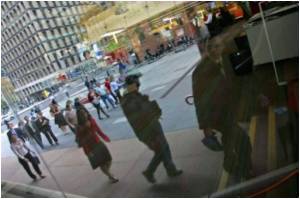 A new survey has revealed that employers of banking and financial staff cough up more to male employees so that they stay in the firm.

A survey of 2095 accounting and finance professionals by recruitment firm Marks Sattin Australia found 360 had resigned at least once in the last six months and of those 31 per cent had received a counter offer from their employer to stay, reports news.com.au.

This section gives an insight into the CGHS (Central Government Health Scheme) introduced by the GOI (Government of India).
Advertisement

A similar 2009 survey revealed only 22 per cent of those quitting had been offered more money to stay.


The 2010 survey found that the number of men and women offered more money to stay was about equal.

Scott Stacey, managing director of Marks Sattin Australia, said while the research indicates employers were willing to pay more to keep male staff it did not reveal why.

A new Commonwealth Fund report says that 16.6 million small business employees work in firms that will be eligible for tax credits under the Affordable Care Act (ACA).
Advertisement

Obese employees happen to be absent from work much more than their slimmer counterparts, according to a new UK study.
Advertisement
This site uses cookies to deliver our services.By using our site, you acknowledge that you have read and understand our Cookie Policy, Privacy Policy, and our Terms of Use  Ok, Got it. Close
×