In sickle cell disease (SCD) patients, the use of medical marijuana to treat pain was associated with fewer hospitalizations, revealed a new study in Blood Advances. Adults with SCD who requested and obtained medical marijuana were admitted to the hospital less frequently than those who did not obtain it.

SCD is characterized by abnormal, sickle-shaped red blood cells that can adhere to and block blood vessels, preventing oxygen from reaching the tissues. When this occurs, individuals living with SCD experience severe pain events which may drive them to seek emergency care. It is estimated that there are more than 100,000 SCD-related hospital stays in the United States each year.


There is a need for other options for management of pain so that individuals with SCD do not have to go through the time, hardship, and expense of hospitalization and can manage their symptoms at home. Previous studies have shown that cannabis and cannabinoid products can effectively treat chronic pain associated other conditions such as cancer. More controlled studies of marijuana for the treatment of pain in SCD are still needed.

"When we offered medical marijuana as an option to our patients with sickle cell disease, we found the majority of people who were interested were already using illicit marijuana to treat pain," said the study's lead author Susanna Curtis, MD, of the Yale School of Medicine and Yale Cancer Center. "Illicit marijuana is not regulated, so its quality and contents are not standardized. And particularly for people with sickle cell disease, many of whom identify as Black, we know that while Black and white people use marijuana at similar rates, Black people are four times more likely to be arrested for possession. We didn't want our patients using unsafe products or being arrested for trying to control the pain of their condition."

Several patients even reduced their hospital admission rates by three, four, or five visits. Receiving medical marijuana was not associated with a change in emergency room or infusion center visits, total health care utilization, or opioid use. Researchers did not observe any change to hospitalization rates in individuals who did not obtain medical marijuana.

Dr. Curtis suggested a possible reason for the reduced hospitalization rates could be that medical marijuana helps individuals better tolerate their pain at home.

Race and socioeconomic status may also be barriers for patients with SCD. "About 80% of our clinic population identifies as Black, and another 15% as Latinx, and unfortunately people of color who visit the hospital with pain are often not believed or accused of being drug-seeking. Medical marijuana is associated with significant stigma, and stigma is already a big part of the life of a person with sickle cell," said Dr. Curtis.

Cannabis and cannabinoid products also present legal and medical challenges. While 33 states have medical marijuana laws, only five of those states list SCD as a qualifying condition. Medical marijuana products vary greatly in their chemical content and forms of administration. In the study, patients who obtained medical marijuana were more likely to use edible products as opposed to inhaled products. Previous research suggests the pain-relieving effect of edible products has a slower onset but a longer duration than that of inhaled products. This variability between different products can cause difficulty for patients trying to manage their symptoms.

Dr. Curtis highlighted the need for further research to understand the efficacy, side effects, and drug interactions of various cannabis products on SCD treatment. "My patients are living with a very difficult disease that causes them a lot of pain. We need controlled trials to look at each product, and the effects of how it is taken, so that we can offer regulated, pharmaceutical-grade treatment options." 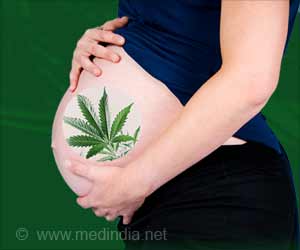 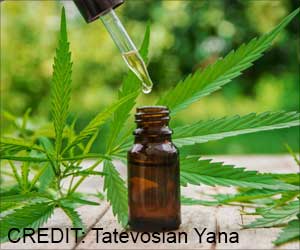 Cannabis Reduces Pain Associated With Sickle Cell Disease
Cannabis is a safe and effective treatment for both acute and chronic pain associated with sickle cell disease. Using it in the vaporized form appears to be safer as only lower amounts reach the circulatory system.
READ MORE