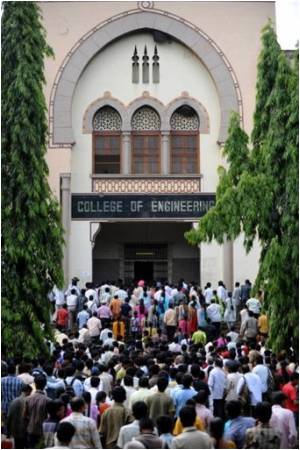 The Haryana government revealed that it will be setting up a new medical college in the memory of astronaut Kalpana Chawla who was killed in the space shuttle Columbia disaster.

The medical college will be set up in her hometown of Karnal and will be associated with the Civil Hospital in the town with a 400-bed capacity which can be upgraded to 500 beds.

Announcing the project, a government spokesman said, "The medical college to be set up over an area of 35 acres would have a 50-seat college upgradable to 100 seats. It will also have a 400-bedded hospital upgradable to 500 beds along with existing Civil Hospital."


Chawla is the first woman of Indian origin to go into space as part of NASA's Columbia space shuttle which exploded when it tried to re-enter the Earth's atmosphere in February 2003.

Educating the patient, the bed partner or care taker is important for the management of Parasomnias
Advertisement
<< Dwarka may Soon Get Medical College
Ear Infections on the Rise in Pune >>