Dwarka may Soon Get Medical College 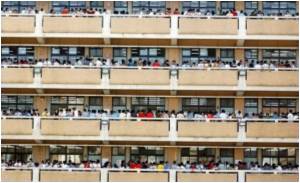 Dwarka may finally be getting a government hospital, three years after the Delhi Government announced a multi crore project for the Bharat Ratna Indira Gandhi multi-specialty hospital project.

The Delhi government had even released Rs 350 crore for the 750-bed hospital but indecision means that the project is yet to take off, much to the consternation of the residents. The state government is yet to decide on whether to include private players in the construction of the hospital, leaving the rising population of the area without any good hospital.

Delhi Health Minister Kiran Walia said, "The DDA has sanctioned us 10 acres of additional land. We have been laying emphasis on propagating medical education. This is another step towards this goal."


In the long run the only problem for this venture may be that the medical college has to be constructed alongside a hospital that is to be run by a private group.

Educating the patient, the bed partner or care taker is important for the management of Parasomnias
Advertisement
<< Massive Job Cuts Get Under Way Causing Concern in Cuba
Medical College in Memory of Kalpana Chawla >>