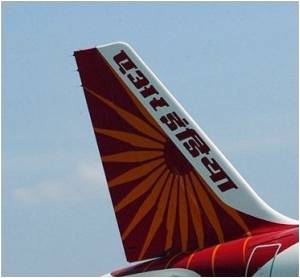 Hundreds of artists will take part next month in the largest festival of India in Washington in more than two decades, with performances ranging from classical dance to modern cinema.

Dubbed "Maximum India," the festival will open March 1 at the Kennedy Center for the Performing Arts and stretch over 20 days, during which organizers hope to showcase arts from the subcontinent's diverse traditions.

French MPs have voted against an antismoking rule that has deprived many iconic figures of their cigarettes and pipes in posters or photos.
Advertisement

More than 500 artists will be featured, including celebrated tabla player Zakir Hussain, who will perform a premiere work with the National Symphony Orchestra, and violinist Lakshminarayana Subramaniam.


The festival will showcase Indian classical dance forms, such as odissi and bharatanatyam, but also include modern choreographer Tanusree Shankar and contemporary musicians like British-Indian rapper Panjabi MC.

Chinese traditional acupuncture and Peking Opera are among other contenders for UNESCO's intangible heritage list next week.
Advertisement
"I want to give our audiences varying windows upon which to gaze at the culture of the country so that people can enter many, many doors," said Alicia Adams, the Kennedy Center's vice president for international programming and curator of the festival.

Unsurprisingly, the festival will also touch on Bollywood, although Adams said she did not want the wildly popular film industry to overshadow other art forms.

"I didn't want to focus on that," she said, but added: "It's the most robust film industry in the world, so you wouldn't want to not include it."

Actress and director Nandita Das will present a series of celebrated Indian, films including one in which she starred -- 1996's "Fire," one of the first mainstream Indian movies to explore homosexuality.

The festival also has a literary component, with appearances by novelist Salman Rushdie and Delhi chronicler William Dalrymple, and will feature cuisine by chefs flown in from India.

The Kennedy Center has presented similar festivals in recent years devoted to China, Japan and the Arab world. The upcoming event is the largest devoted to India in Washington since the 1985-86 Festival of India, which was led by the Smithsonian Institution and included exhibitions across the United States.

Meera Shankar, the Indian ambassador to Washington, voiced hope that the festival would bolster the nations' relationship, which has improved markedly since the 1990s.

"On the one hand, we have a strengthening strategic partnership between India and the United States, growing business links and political consultations. But the very solid part of this relationship is that it is people-centric," she said.

Boost Teamwork at Office With the "Cross-Cultural" Approach