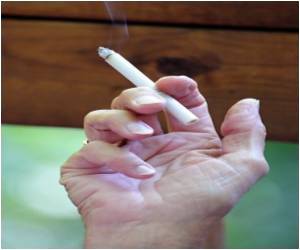 French MPs have voted against an antismoking rule that has deprived many iconic figures of their cigarettes and pipes in posters or photos.

Authorities had removed smouldering Gauloises from pictures of a string of famous French figures in recent years due to fear of breaking the so-called Evin law, which bans the "direct or indirect" promotion of tobacco products.

The smoking cessation medications bupropion and varenicline may both be associated with changes in the way the brain reacts to smoking cues, making it easier for patients to resist cravings.
Advertisement

In 2009 the trademark pipe of the late Jacques Tati, one of France's most enduring comic characters, was replaced with a yellow windmill in a poster campaign.


One cinema expert commented that the poster would have made Tati "die laughing".

Now French MPs have approved a bill that excludes "cultural heritage" from the antismoking rules.

Anti-Smoking Kits With Nicotine Patches to be Distributed by NHS

In a major policy shift with respect to smoking in Britain, the health ministry has revealed that it will be distributing more than a million anti-smoking kits
Advertisement
"The falsification of history, the censorship of works of the mind, the denial of reality must remain the heinous marks of totalitarian regimes," the Telegraph quoted the bill as stating.

Didier Malthus, the Socialist MP who drafted the bill, said that those who had interpreted the law in such an "extensive way" had "put cultural works into question".

The first time the law had sparked outcry was over a 1996 stamp featuring a well-known photo of Andre Malraux, the award-winning author and culture minister of Charles de Gaulle's cabinet, sans his trademark cigarette.

Other top French personalities to fall foul of the law were Alain Delon, the actor and Jacques Chirac, the former president, whose cigarette was removed from the cover of his memoirs.

Spanish smokers will be able to light up in bars and restaurants for the final time during the holiday period after lawmakers on Tuesday approved a ban starting on January 2.
Advertisement
<< UK Dating Agency Gets Rich Finding 'true Love' Partners for...
NYU Grad Students Design High-Tech Sweatshirts That Gauge A... >>

Noscaphene (Noscapine) Sinopril (2mg) (Lacidipine) Blood Donation - Recipients A-Z Drug Brands in India Selfie Addiction Calculator Nutam (400mg) (Piracetam) The Essence of Yoga Find a Hospital Drug Interaction Checker Blood Pressure Calculator
This site uses cookies to deliver our services. By using our site, you acknowledge that you have read and understand our Cookie Policy, Privacy Policy, and our Terms of Use