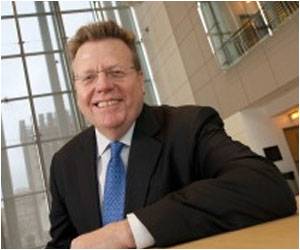 Matthew Tirrell, a leading researcher in the fields of biomolecular engineering and nanotechnology to lead the new Molecular Engineering Program launched by University of Chicago. Matthew has been appointed as the founding Pritzker Director of the Molecular Engineering Program, effective from July 1. The institute, created in partnership with Argonne National Laboratory, will explore innovative technologies that address fundamental societal problems through modern advances in nanoscale manipulation and the ability to design at a molecular scale.

Tirrell comes to UChicago from the University of California at Berkeley, where he has served since 2009 as the Arnold and Barbara Silverman Professor and chair of the Department of Bioengineering, as professor of materials science and engineering and chemical engineering, and as a faculty scientist at the Lawrence Berkeley National Laboratory. He has received many honors, including election to both the National Academy of Engineering and the American Academy of Arts and Sciences. The appointment of Tirrell represents a critical step in the creation of the new Institute for Molecular Engineering, said University of Chicago President Robert J. Zimmer.

A team of Penn State College of Medicine researchers has said that nanotechnology may open a new door on the treatment of liver cancer.
Advertisement

Research in molecular engineering has the potential to yield extremely significant advances in both basic science and technology, as well as to create innovations in engineering education, Zimmer said. Matt Tirrell and the faculty of the new institute will benefit from its partnership with Argonne, opening the door to collaborations of profound impact.The creation of the institute brings a rare opportunity to help define a nascent field of study while drawing outstanding scientists from around the world, said University Provost Thomas F. Rosenbaum.


Matt is the perfect leader for this new enterprise, said Rosenbaum, who serves as the John T. Wilson Distinguished Service Professor in Physics. He brings to the University and to Argonne deep appreciation for basic science, the sensibility of an accomplished engineer, and the vision to embrace fundamental problems of societal import.

A Singapore consortium has succeeded in developing a synthetic surface that wil be chemical-free and anti-bacterial.
Advertisement
Prior to his appointment at Berkeley, Tirrell served for a decade as dean of engineering at UC Santa Barbara, where he helped build the program's national prominence. He specializes in the manipulation and measurement of the surface properties of polymers, materials that consist of long, flexible, chain molecules. His work combines microscopic measurements of intermolecular forces with creation of new structures. His work has provided new insight into polymer properties, especially surface phenomena such as adhesion, friction and biocompatibility, and new materials based on self-assembly of synthetic and bio-inspired materials.

Tirrell said he was excited by the prospect of forging a new kind of engineering program at UChicago, in partnership with Argonne researchers.

This isn't going to be directed narrowly toward one scientific discipline, but at creating an institute that attacks societal problems from a technological viewpoint, he said. Many important societal problems in energy or health care or the environment can be addressed by new molecular-level science. When you are trying to solve problems, you need people from different kinds of disciplines. That's something the Institute for Molecular Engineering can create right from the beginning. Partnership with Argonne will be crucial

The institute's partnership with Argonne, which will include a substantial presence at the lab, creates a powerful combination of research strengths crucial to the next generation of scientific discoveries, Tirrell said. Specifically, the institute will benefit from leading scientists and engineers and the world-class facilities at Argonne, including the Advanced Photon Source, the Argonne Leadership Computing Facility, and the Center for Nanoscale Materials.

Given the energy, security, and environmental challenges our nation faces today, the institute comes at a critical time in our search to discover and deliver new solutions, said Argonne Director Eric D. Isaacs.

Molecular engineering is an emerging field that relies on new ways of fabricating and manipulating nanoscale structures to develop new technologies. The institute will have the potential to deliver fundamental advances in basic science, as well as findings that address pressing societal problems, ranging from energy supply and human health to clean water production and quantum computing.

We're interested in the engineering of the future: how can you organize molecular systems to have a certain property or function, said Steven Sibener, the Carl William Eisendrath Distinguished Service Professor in Chemistry, who headed two faculty committees that recommended forming the new institute and defined its ambitious horizons. That's a great opportunity that will require engineering disciplines.

Erin Adams, an assistant professor in biochemistry & molecular biology who served on one of the faculty committees that recommended the institute, said that now is the perfect time for UChicago to pursue molecular engineering.The University doesn't have a pre-existing engineering program, so the space is wide open for development, integrating new technologies, and also bringing together the research that we're already doing on the biological and also the physical sciences level, Adams said.

Institute researchers likely will pursue a variety of research that might include the development of smart materials or biologically inspired materials. A bridge built of smart materials might, for example, be able to signal when it has become dangerously stressed, or possibly even to repair itself.

Biologically inspired materials, meanwhile, might consist of molecular components that could build muscle and tissue to heal severe injuries. Molecular engineers may also be able to devise faster computers that harness light rather than electrons to perform their operations. Researchers foresee applications of molecular engineering in clinical medicine, such as in bioengineered structures or the study of complex systems of cell signaling.

This is a singular moment in history when our ability to create and control materials at the molecular scale promises to transform the way we engineer solutions to the key scientific and technological challenges of our time,said Amanda Petford-Long, Director of the Center for Nanoscale Materials at Argonne.

Another benefit of the partnership with Argonne is the lab's experience in shepherding projects with the potential for industrial and commercial applications, such as Argonne's licensing of innovative battery technology for use in hybrid automobiles. The new institute has the potential to create new findings with commercial uses. University and laboratory leaders believe that intellectual property from the institute will help strengthen the Chicago-area economy, and lead to even more robust regional activity for cutting-edge engineering and biotechnology companies.

The institute is the largest new academic program that the University has started since the founding of the University of Chicago Harris School of Public Policy Studies in 1988. Molecular Engineering will have a target size of 24 faculty members, many of them with joint appointments at Argonne, who will be recruited over the next decade to work in four to six thematic areas to be determined by the director and other faculty.

The faculty of the institute will develop introductory and specialized courses, and later will propose a curriculum in molecular engineering to support an undergraduate major as well as graduate degrees, which will require separate faculty approval.The establishment of the new institute followed three years of discussion and review. Sibener headed two ad hoc committees, one in 2007 and one in 2009, which President Zimmer and Provost Rosenbaum charged with assessing the possibility of establishing a formal molecular engineering program at the University. The work of the committees flowed from molecular research developments in recent years as basic sciences, including physics, chemistry, and biology, began new collaborations with once-distinct engineering disciplines.

Sibener's committees, including faculty members from the University's Physical and Biological Sciences divisions, enthusiastically endorsed the creation of a molecular engineering program, as did an external committee chaired by Robert Langer of the Massachusetts Institute of Technology. The faculty Council of the Senate's vote to create the institute was followed by endorsement of the University's Board of Trustees in March 2010.

Construction will begin in September 2011 on the William Eckhardt Research Center, which will house the new institute as well as several programs of the Physical Sciences Division.

Tirrell moved to the University of California, Santa Barbara, in 1999, where for a decade he was Professor of Chemical Engineering, Materials, Biomolecular Science and Engineering, and Richard A. Auhll Professor and Dean of the College of Engineering.

A molecule that can make brain cells resistant to programmed cell death or apoptosis has been discovered by researchers at the University of North Carolina at Chapel Hill.
Advertisement
<< Spider Venom- The New Viagra That Can Cause 4-hour Erection...
Robots to Move Like Humans >>

Find a Doctor A-Z Drug Brands in India Iron Intake Calculator Blood Pressure Calculator Drug - Food Interactions Find a Hospital Accident and Trauma Care Hearing Loss Calculator Drug Side Effects Calculator How to Reduce School Bag Weight - Simple Tips
This site uses cookies to deliver our services.By using our site, you acknowledge that you have read and understand our Cookie Policy, Privacy Policy, and our Terms of Use  Ok, Got it. Close
×