Matisse Found in Nazi Art was Among the Nazi Loot 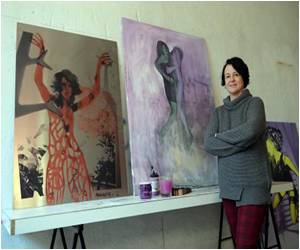 A Matisse painting found in the possession of the reclusive son of a German art dealer linked to Adolf Hitler was "Nazi Loot" taken from a Jewish art dealer in Paris, a group of experts confirmed on Wednesday.

Matisse's "Seated Woman" was among a treasure trove of art discovered in the Munich apartment of Cornelius Gurlitt, whose father Hildebrand was tasked by the Nazis with selling artwork stolen from Jewish families in the 1930s and 1940s.

The German government had tasked the experts with settling a dispute over ownership between the heirs of Paris-based art dealer Paul Rosenberg and a second party whose identity has not been revealed.


?Even though it could not be documented with absolute certainty how the work came into Hildebrand Gurlitt?s possession, the task force has concluded that the work is Nazi loot and was taken from its rightful owner Paul Rosenberg," Ingeborg Bergreen-Merkel, the head of the task force, said in a statement on Wednesday.

German Recluse Goes On Offensive, Launching A Legal Bid For The Return Of Nazi Art Trove

A German recluse at the centre of a high-profile case that involves artworks of suspected Nazi loot has gone on the offensive and launches a legal bid.
Advertisement
Gurlitt, who died last month at the age of 81, struck an accord with the German government to help track down the rightful owners of his trove of 1,280 artworks.

The statement added that the final decision on what happens to the painting "lies in the hands of the heirs of Cornelius Gurlitt, who, shortly before his death, committed himself to returning looted works in line with the Washington Principles," referring to a 1998 international agreement signed by Germany on returning art stolen by the Nazis.

The experts consulted archives in Germany, France and the United States, according to the statement.

Chris Marinello, the director of Art Recovery International who is representing the Rosenberg family, told AFP the decision came as no surprise "given the strength of the documentation".

"With this acknowledgement, we look forward to a swift and efficient restitution of this looted work to the family after a 73-year wait,? he added.

German son of a Nazi-era art dealer comes to public by launching a website with information about an art trove discovered at his home, suspected to contain Nazi-looted works.
Advertisement
<< Couple Charged With Healthcare Fraud After Forging Physicia...
Children Have Ability to Understand When Adults are Lying >>

There have always been rumors that Adolf Hitler did not commit suicide on the brink of the end of WWII.
Advertisement
News A-Z
A B C D E F G H I J K L M N O P Q R S T U V W X Y Z
What's New on Medindia