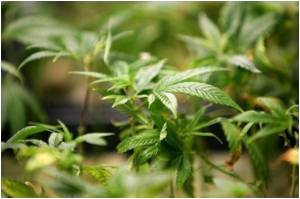 The Walled City in Islamabad which is popular for its culture and heritage is also home to many drug addicts, according to a new survey.

During the last six months, the bodies of almost 168 unidentified drug addicts have been recovered from various parts of the city.


In all these areas, every death has occurred because of drug abuse, mortuary officials claim.


Out of these unidentified persons, about 152 were male, one eunuch and 15 females.

And the reason for this rampant abuse is the narrow, interlinking streets in these areas.

The police said that these streets were not only narrow, but were like a maze and that drug users took advantage of this to make easy escapes whenever police try to pursue them.

"Yes, these narrow streets are aiding in the escape of these drug addicts. However, the police is continuing routine patrols and is arresting any drug addict in these areas on sight," The Daily Times quoted Khalid Mehmood Khan, the deputy superintendent of police (DSP) of the area concerned, as saying.

Beijing's Young Women Increasingly Becoming Drug Addicts
Women in Beijing are increasingly getting addicted to drugs, as narcotics are becoming more popular in mass binges and are also believed to be an effective way to help lose weight.
READ MORE

Afghan Town Evicts Drug Addicts in Desperation
Tired of watching their young people descend into drug addiction, village elders in a remote Afghan region are taking action to get them to kick the habit, or get kicked out of town.
READ MORE

Report Reveals That 20pct Brits Are Drug Addicts - Britain Is Cocaine Capital
Just weeks after it was reported that the UK has become the cocaine capital of Europe, a new research reveals that a fifth of Britons have admitted to being addicted to drugs or know
READ MORE