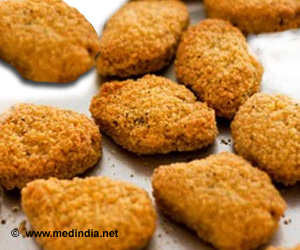 A 58-year old man lost his life following a fatal allergic reaction to chicken nuggets and chips with doctors at a NHS hospital asking basic questions instead of providing emergency treatment that could have saved his life.

John Haworth was rushed to the Royal Blackburn Hospital in Lancashire after taking ill on eating chicken nuggets and chips. Even though he was struggling to breathe, he was made to wait with other patients, some of whom had come with broken bones or were drunks, for over 90 minutes.

When he finally saw a doctor, he was repeatedly asked for his name, age and address even though he could barely speak. The doctor asked Haworth to wear an oxygen mask and was asked to "pull himself together". He was later pronounced dead on 3.21am on March 6, 2009, with tests showing that he died due to a heart attack triggered by an acute anaphylactic reaction.


Mrs Haworth, who accepted an undisclosed six-figure sum as part of an out-of-court settlement with East Lancashire NHS trust, said that he husband would have been alive if not for the mistakes at the hospital. "I just wanted the truth to come out. I'd give up everything to get John back. He'd still be here were it not for the conduct of the hospital staff", she said.

Dealing with Pollen Allergy
The plants around you that give you sniffles in your nose at specific time of the year are the ......

Choose The Right Over-the-Counter Drugs for Allergy
Over-the-counter (OTC) drugs can be bought without a prescription. OTC allergy medications are for ....

Aspergillosis
Aspergillosis is an infection caused by fungus Aspergillus, usually in people with reduced immunity....

Erythema
Erythema is a skin condition characterized by redness or rash. Erythema multiforme a type of erythem...