The Maldives government has launched a project to reduce its carbon dioxide (CO2) emissions using "biochar", a charcoal made from bio-wastes such as coconut shells.

According to a report by BBC News, the pilot project, launched by the Maldives government together with a UK-based company, Carbon Gold, aims to produce biochar using bio-waste, including coconut shells, which are abundantly available in the archipelago.

Biochar is produced through the "slow cooking" (pyrolysis) of plant wastes. The resulting black char is rich in carbon and can be mixed with soil as a fertiliser.


"While wasting the environment we are wasting a lot of money by buying (fertilizer) from abroad," said Minister of state for fisheries and agriculture, Aminath Shafia.

"So, we were looking into a project that could develop it using something that is available in the country," she said.

The Maldives wants to be carbon neutral by 2020

President Mohamed Nasheed, who earlier announced a target of going carbon neutral by 2020, has welcomed the new partnership.

"Biochar has a crucial role in helping us achieve carbon neutral status as well as providing an economic and environmental boost to our people," he said.

Shafia said that the project would be launched on three islands and rolled out to others if farmers responded positively.

According to officials at Carbon Gold, biochar is an effective way of removing CO2 from the atmosphere.

The company said that the fertiliser also improves soil fertility and locks up its carbon contents for several years after it is ploughed into the ground.

Daniel Morrel, a co-founder of the company, told BBC News that the Maldives was the first government to sponsor its production.

He described biochar as "carbon negative".

"Waste that would have rotted or been burnt before is now locked up and put very safely in the soil," he said.

"It is not one of the best solutions, but the great thing about biochar is while everybody is talking about reducing the CO2 emissions, this is actually taking CO2 out of the atmosphere," he added.

World's Carbon Emissions can be Soaked Up by "Artificial Trees"
A forest of 100,000 "artificial trees" could be deployed within 10 to 20 years to help soak up the world's carbon emissions
READ MORE

Jets On Cabbage Fuel Cut Carbon Emissions by 84pct
Jet fuel's grave carbon emissions can be reduced by about 84 per cent by refining it from the seeds of a lowly weed, which is a cousin to the cabbage, says a Michigan Technological
READ MORE 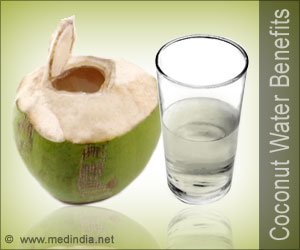