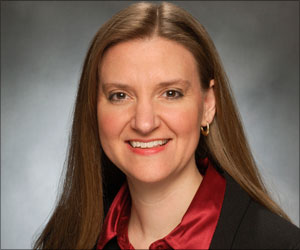 "Historically all the attention of the child welfare system has been on maltreated children placed out of the home. But the reality is that most maltreatment cases will not be substantiated, and the file will be closed, leaving the child at home," said Heather Ringeisen, Ph.D., director of the Children and Families Program at RTI and the project investigator. "Just the fact that a maltreatment investigation has been opened indicates problems within the family that could lead to issues for the child. We're finding that those left at home continue having similar developmental and mental health problems and needs for services to those placed out of the home."

The National Survey of Child and Adolescent Well-Being Wave 2 Child Permanency Report summarizes information on child permanency and highlights the challenges faced by those children who have not achieved it. The National Survey of Child and Adolescent Well-Being is funded by the Administration for Children and Families of the U.S. Department of Health and Human Services. It focuses on the well-being of children involved with child welfare agencies, the ability of those agencies to find permanent living arrangements for children unable to stay with their families of origin, and the mental health and developmental risks to these children, especially those who experience the most severe abuse and exposure to domestic violence.


Wave 2 of the survey is an 18-month follow-up to the longitudinal study; it included more than 5,000 children involved in child welfare investigations closed between February 2008 and April 2009 in 83 counties nationwide. The participants include substantiated and unsubstantiated investigations of abuse or neglect, as well as children and families who were and were not receiving services.
Advertisement
Key findings of the report include:
a) Among the children who were removed from the home for any length of time, nearly 73 percent were placed once, nearly 19 percent twice and 8.5 percent had three or more placements;
b) Children between the ages of 13 and 17 had a higher number of placements;
Children ages birth to two-years old, were likelier to experience a parental reunification attempt than children six to 17;
c) The average number of days spent out of the home was 249;
d) Children who were subsequently adopted experienced fewer placements than those who were not. "Insights into child permanency could have long-lasting implications in the role of child welfare organizations as it relates to child health," said Cecilia Casanueva, Ph.D., public health research analyst at RTI and the project's analyst. "For instance, older children, who are most likely to rotate through a series of foster homes, may need more intensive mental health intervention than younger children who achieve permanency faster."

RTI International has led the National Survey of Child and Adolescent Well-Being for more than 15 years. Findings from the organization's research have helped policymakers and representatives from the Administration for Children and Families inform legislation regarding child welfare.

"There has been a lot of emphasis in recent years on the need for evidence-based interventions for maltreated children," Casanueva said. "Our contributions through surveys such as this one can have a significant impact in the improvement of services for children and families."

Child Abuse  Conference Calls for Multi-Disciplinary Action and Protection for Children
Protecting children from abuse and empowering them to exercise their right to safeguard their ......

David Beckham Launches Crusade Against Child Abuse
Against the issue of violence against children, footie ace David Beckham has spoken out....