Macrophage-Derived Mediators may Have Potential as Biomarkers for Kidney Stone Risk: Study 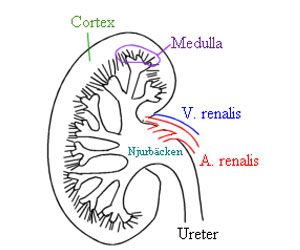 These macrophage-derived mediators may have potential as biomarkers to reflect the urinary stone risk, according to a new study from Japan, which was recently presented at the recent 2nd Meeting of the EAU Section of Urolithiasis and received Clinical Research Award. Compared to that of control subjects, the urine from individuals with a history of kidney stone formation showed significantly increased levels of the inflammatory chemokines GRO and CXCL1, and significantly decreased levels of IL-4, an anti-inflammatory cytokine involved in macrophage migration. According to Dr. Dr. Atsushi Okada, of Nagoya City University in Japan, this research deals with some very important issues in the field of urolithiasis.

"To date, the risk evaluation and the preventive index of kidney stone formation have been dependent on urinary inorganic matter such as calcium, phosphorus, magnesium, uric acid, oxalate and citrate. However, stone formers don't often show such an abnormality," he explained.


"In a series of preceding studies, we examined organic substance in kidney stones, such as protein from kidney tissue, and revealed that stone matrix and genetic environment of renal tubular cells are as important as urinary inorganic condition for kidney stone formation."
Advertisement
"In the past we have also shown that in mice, certain regulatory mechanisms protect against urinary calcium oxalate stone formation, and that these mechanisms may be mediated by anti-inflammatory Type 2 macrophages (M2s). However, regulatory roles of M2 macrophages in urinary stone formation in humans have not been studied."

Dr. Okada believes that this study may have pronounced implications for clinical practice.

"If the usefulness of these macrophage markers is established, it will be possible to evaluate kidney stone risk not only through inorganic but also some organic substances." Furthermore, these results may lead to the development of new therapeutic drugs for kidney stone formation to control macrophage function.

Link Between Default Mode Network Integrity and Cerebrospinal Fluid Biomarkers of Alzheimer Disease
Both Aß and tau pathology appear to be associated with default mode network integrity before ......

Biomarkers for Possible Blood Test to Predict Suicide Risk Discovered
RNA biomarkers in blood that may help identify who is at risk for committing suicide have been ......

Kidney Stones
A kidney stone is a solid mass made up of tiny crystals and may appear in any area of the urinary .....

Kidney Stones in Children
Increase in salt concentration in the urine results in precipitation of crystals and these lead to f...

Urinary Stone Disease
Stones in the urinary system can form in the kidneys and can sometimes travel down towards the bladd...