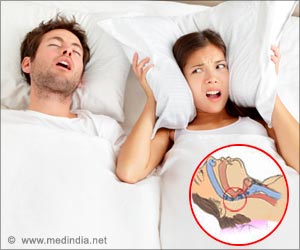 In the article "Association of Diabetic Microvascular Complications and Parameters of Obstructive Sleep Apnea in Patients with Type 2 Diabetes", the researchers describe the use of overnight sleep monitoring with measurement of respiratory parameters including the apnea hyponea index, oxygen desaturation index, oxygen saturation, and the total time oxygen saturation was below 90% or 85%. They report which parameters of nocturnal hypoxemia were more closely linked to diabetic microvascular complications such as renal disease.


"Adequate sleep has been a topic of discussion recently, and this study highlights the association of sleep apnea with microvascular disease associated with diabetes," says DTT Editor-in-Chief Satish Garg, Professor of Medicine and Pediatrics at the University of Colorado Denver. "To some extent this finding may be associated with obesity, which is a common occurrence with type 2 diabetes."

Inflammation in Diabetic Nephropathy may be Reduced by Chromium Picolinate

Excessive daytime sleepiness was found to increase the risk of diabetes by 56%, while a longer daytime nap of 60 minutes or more increased the risk by 46%.

Sanatogen Find a Hospital Iron Intake Calculator Noscaphene (Noscapine) Blood Donation - Recipients Indian Medical Journals Turmeric Powder - Health Benefits, Uses & Side Effects Drug Side Effects Calculator How to Reduce School Bag Weight - Simple Tips Nutam (400mg) (Piracetam)
This site uses cookies to deliver our services.By using our site, you acknowledge that you have read and understand our Cookie Policy, Privacy Policy, and our Terms of Use  Ok, Got it. Close
×