Link Between Cellphone Use and Selfish Behavior 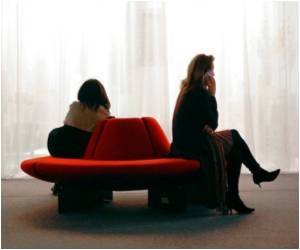 Marketing professors Anastasiya Pocheptsova and Rosellina Ferraro, with graduate student, Ajay T. Abraham, all from the University of Maryland's Robert H. Smith School of Business, conducted a series of experiments on test groups of cellphone users.

In a recent survey it was found that most women feel naked and lost without their phones.
Advertisement

Prosocial behavior, as defined in the study, is action intended to benefit another person or society as a whole.


The researchers found that after a short period of cellphone use the subjects were less inclined to volunteer for a community service activity when asked, compared to the control-group counterparts. The cell phone users were also less persistent in solving word problems - even though they knew their answers would translate to a monetary donation to charity.

Soon, cell phones may help you shed those extra kilos.
Advertisement
The decreased focus on others held true even when participants were merely asked to draw a picture of their cellphones and think about how they used them.

The study involved separate sets of college student subjects - both men and women and generally in their early 20s.

"We would expect a similar pattern of effects with people from other age groups. Given the increasing pervasiveness of cellphones, it does have the potential to have broad social implications," said Ferraro.

The authors cited previous research in explaining a root cause of their findings: "The cellphone directly evokes feelings of connectivity to others, thereby fulfilling the basic human need to belong."

This results in reducing one's desire to connect with others or to engage in empathic and prosocial behavior.

The study also distinguished its subjects from users of other social media-Facebook users-in one of the tests.

The authors found that participants felt more connected to others because of their cellphones than because of their Facebook accounts, suggesting that this difference in connectedness was the underlying driver of the observed phenomenon.

The findings appear in their working paper, The Effect of Mobile Phone Use on Prosocial Behavior.

Wondering Where the Selfish Behavior Came From?