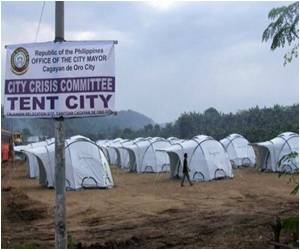 Light pollution can also disrupt the reproduction of light-sensitive animals, besides obscuring the stars.

French scientists have shown that light pollution can override the natural reproductive cycle of some animals, making them sexually active out of season. "The natural light/dark cycle allows living organisms to time a variety of behavioural and physiological rhythms, including migration, accumulation of reserves, dormancy and reproduction" explains Thomas Le Tallec (PhD Student, Muséum National d'Histoire Naturelle, France), who led the study.

Our globe is heavily littered with excessive and wasteful lighting that produces light pollution according to NASA's new 'Black Marble' images of the nighttime Earth.
Advertisement

"We postulate that chronic exposure to light pollution could impact the human reproductive function as well. Night work and artificial light are associated with menstrual irregularities, decreased fertility, spontaneous abortions and pre-term births. However, this is only a hypothesis and rigorous studies are needed". Mouse lemurs were chosen for the study as their reproductive cycle is highly sensitive to day length.


In winter, male lemurs are sexually inactive and the testes are not visible. In summer, when there is light for more than 12 hours each day, the males become sexually active, with fully functioning gonads. Over five weeks in midwinter, the researchers placed sexually inactive male lemurs inside special climate chambers, where the level of light was controlled by fluorescent lamps. In the control group, the level of light at night was set to only equal that of the full moon. The second group were exposed to yellow LED lights to mimic streetlights.

Light Pollution in Atmosphere to be Tracked by Amateur Astronauts

Amateur astronomers are collaborating on an international project to track urban light pollution in the atmosphere, which clouds our view of the stars.
Advertisement
After only two weeks, the light-pollution group had considerably larger testes and higher levels of testosterone than the control group. These effects are thought to be caused by melatonin, a light-sensitive hormone which regulates mammalian reproduction. Melatonin can only be produced in darkness so that in long-day breeders, such as mouse lemurs, high melatonin levels in winter normally repress sexual activity. When darkness is broken by light pollution, however, melatonin production is inhibited. Consequently, the lemurs subjected to light pollution showed significantly lower concentrations of melatonin.

Similar observations have been seen in female mouse lemurs, where light pollution caused sexually-inactive individuals to enter the oestrus cycle. Besides this, light pollution also affected the lemurs' daily activity pattern. As nocturnal animals, lemurs normally become active at night, however light pollution caused this to be delayed and for the animals to be active for much shorter periods. Anthropogenic light pollution could potentially be mitigated by using directional light sources and low-reflective coatings. Thomas Le Tallec adds that "By reducing air pollution we can reduce the scattering of light in the atmosphere and thus reduce light pollution".

Too much light at night time contributes to air pollution, says a study conducted by NOAA and CIRES at the University of Colorado.
Advertisement
<< Scorpions are Master Architects: Scientists
Gene Type Confers 26 Percent Chance of Early Celiac Sign in... >>

Wanna Know How Bad Pollution Can Get? Try Counting Stars in the Night Sky