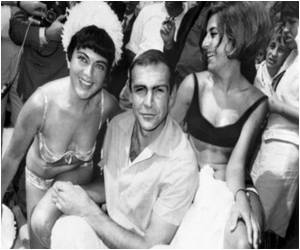 Author William Boyd revealed that the latest James Bond novel is named "Solo" and will follow the suave British spy on an African adventure.

"The journey Bond goes on takes in three continents -- with the main focus honing in on Africa," Boyd told the London Book Fair.

"It's what happens to Bond in Africa that generates his urge to 'go solo' and take matters into his own hands in the USA."


"Solo", due out in September, comes 60 years after the publication of the first novel featuring Agent 007, "Casino Royale" by the spy's creator Ian Fleming.
Advertisement
Fleming died in 1964 after writing 14 Bond novels, but other authors have since kept alive the series, which has sold more than 100 million books.

"Skyfall", the latest film in the hugely successful franchise spawned by the novels, took more than $1 billion at box offices worldwide last year.

"Solo" is the first Bond adventure by 61-year-old Boyd, who used Fleming as a character in his book "Any Human Heart".

Explaining his choice of title, he said: "In my novel, events conspire to make Bond go off on a self-appointed mission of his own, unannounced and without any authorisation -- and he's fully prepared to take the consequences of his audacity."

The book will be set in 1969 and features a 45-year-old Bond, Boyd revealed in February.

"Solo" will be published worldwide in hardback, e-book and audio format on September 26.

James Bond's Love For Wine Persists Despite Heart Disease
Veteran actor Sean Connery has refused to give up his favourite red wine even after been diagnosed ....