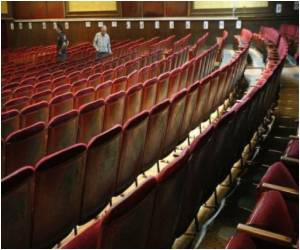 A series of events are to be held on Friday to mark the 50th anniversary of the James Bond films, the iconic spy saga that helped define half-a-century of cultural, political and technological upheaval.

The suave British agent, code name 007, appeared on the silver screen for the first time in the 1962 classic "Dr. No", introducing himself with the immortal line "Bond... James Bond" over a high-stakes game of baccarat.

Veteran actor Sean Connery has refused to give up his favourite red wine even after been diagnosed with a heart condition.
Advertisement

Bond has been played by six different actors over the 22-series adventure, but has always maintained his obsession with fast cars, beautiful women, high-tech gadgets and vodka Martinis -- shaken, not stirred.


"For all the attempts at change, the core of the Bondian world remains the same: obsessed with sex and violence, hypermasculine, simplistically nationalistic, and addicted to conspicuous consumption," Christoph Lindner, editor of "The James Bond Phenomenon: A Critical Reader," told AFP.

London's Barbican Centre marked the occasion with an exhibition showcasing the design and style of "the world's most influential and iconic movie brand", which has moved on to Toronto where it opens on October 26.

Britain's tourist agency has joined forces with the iconic spy for the first time, launching a campaign across 21 countries based around the slogan "Bond is GREAT Britain."

A new feature documentary "Everything or Nothing: The Untold Story of 007", will be also be unveiled, focusing on producers Albert "Cubby" Broccoli and Harry Saltzman and author Ian Fleming, the three men most responsible for building the brand.

The 23rd and latest film, "Skyfall", has its worldwide premiere in London on October 23 with Daniel Craig playing Bond for the third time.

The "Skyfall" theme tune, sung by British diva Adele, will be released at 00:07 British time on Friday, although the track was leaked online on Tuesday.

The release caps a busy year for 007, who provided one of the highlights of the London 2012 Olympic opening ceremony by "parachuting" into the event with Queen Elizabeth II.

Few would have believed that Bond would become a global institution when "Dr. No", an adaptation of Fleming's 1958 novel, was released on October 5, 1962.

"The 007 series now presents a male hero who is emotionally vulnerable, fallible, and in many ways psychologically broken," explained Lindner. "Ironically, this is much closer to the 'screw-up' Bond of the original novels.

"But attempts to modernise the so-called 'Bond girls' do not break with the formula, and the feminism -- and, more recently, post-feminism -- of the 'Bond girls' doesn't change the gender dynamics of the films," added the University of Amsterdam professor.

Watt noted the development of Bond's attitude towards older women, saying "the idea that the sexist 'dinosaur'... could evolve into working for a female boss is very interesting."

As well as evolving Bond's personality, the franchise has also adapted to shifting geopolitics.

Watt said this ability to reflect the changing political world was crucial to the brand's survival.

"We all know where the battle lines are drawn today," he stressed. "To stay current, current threats to the West have to be part of the picture."

But Bond chiefs face a delicate task in staying loyal to Fleming's original vision and meeting the demands of the modern movie-goer, argued Watt.

The Indiana University professor called the stripped-down 2008 release "Quantum of Solace" "a mundane action film" and urged the franchise to remember its roots.

"The entire Bond lifestyle of the 1950s and 60s -- of walking into the casino in a tuxedo, the exquisite and peculiar taste in food and in alcohol -- all of this is extraordinarily exotic," he added.

Ogling Man's Chest is Legal, but Not Woman's Boobs Warns James Bond and His Judges

Ogling at 007's chest is perfectly fine but dare not leer at any of his girls warns James Bond and his judges.
Advertisement
<< Record Number of Gay Characters on US TV: Study
Weak Consumer Demand Hitting Both Big Automakers Like Genera... >>