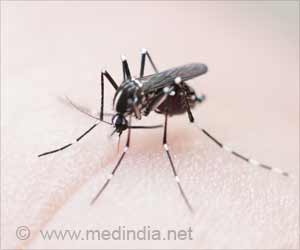 In Laos, the dengue cases have reached 7,928 since January, along with 12 deaths, the Ministry of Health said.

According to a report from Center of Information and Education for Health under Lao Ministry of Health on Thursday, the highest number of dengue patients were reported in Lao's capital Vientiane at 1,823.

The 12 deaths included four in Lao capital Vientiane, two in Bolikhamxay and Khammuan, and one each in Xayaboury, Xieng Khuang, Savannakhet, and Phongsaly.


Lao health authorities urged people to clear potential mosquito breeding sites around their homes and workplaces to help control the spread of the virus.

Dengue is an endemic problem in several countries including India. Check if you know enough about this deadly disease by taking this quiz.
Advertisement
According to the World Health Organization, dengue is one of the fastest emerging infections and is currently the most rapidly spreading mosquito-borne viral disease known, with Thailand, Vietnam, the Philippines and Singapore also seeing high incidence. The number of cases in the Western Pacific Region has more than doubled over the past 10 years.

In Lagos, the dengue cases have reached 7,928 since January, along with 12 deaths, the Ministry of Health said.
Advertisement
<< WHO Says 60-70% of Population Needs to be Immune to Curb COV...
PGIMER Chandigarh Bags the Award for Best Hospital in Organ ... >>

Whopping rise of 24 per cent in Dengue, Malaria, and Chikungunya cases were recorded in the last one week.