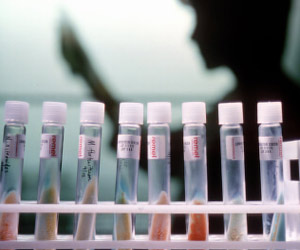 A research has found that results from clinical trials of medical products haven't been reported promptly on the registry, despite legal and ethical mandates for disclosure.

Among all clinical trials of medical products, those funded by industry were the most likely to be publicly disclosed in a timely fashion, but even then, compliance was poor. Research funded by the National Institutes of Health and academic institutions lagged further, according to findings published by Duke Medicine researchers in the March 12, 2015, issue of The New England Journal of Medicine.

Study authors said the lack of transparency by industry, federal funders and academia has created a critical information gap about investigational drugs, devices and biologic therapies that not only hampers progress, but also violates obligations to patients.


"Patients who participate in clinical research have the expectation that the risk of participation will be offset by the creation of generalizable knowledge and the advancement of science, and that is achieved through the availability of clinical trial results," said lead author Monique Anderson, M.D., cardiologist and researcher at the Duke Clinical Research Institute. "Sponsors who lead clinical trials have an ethical and legal obligation to publically report their findings, whether the results are positive or negative".

Clinical trials serve as a vital component for improving the treatment of medical conditions as they lead to higher standards of patient care.
Advertisement
In 2000, Congress authorized the creation of the ClinicalTrials.gov registry to provide information about clinical trials. Seven years later, the mandate expanded to require sponsors of most trials to begin registering and reporting basic summary results on the registry so the America public could have access to the resulting data.

The requirement covers non-phase-1 trials of drugs, medical devices, or biologics that had at least one U.S. research site. Trial results were to be reported by the sponsor within one year of completing data collection.

Anderson and colleagues found that in the first five years after the law's enactment, transparency has generally been poor among more than 13,000 clinical trials included in their analysis.

The Duke researchers examined studies from those listed on ClinicalTrials.gov, and found that an average of just 13.4 percent of eligible trials reported findings within the required one-year window.

For industry-sponsored trials, the rate was 17 percent. It was 5.7 percent for trials funded by academic or government sources other than the NIH and 8.1 percent for NIH-funded trials.

"The public, as well as health care providers, want open science" said Eric Peterson, M.D., executive director of the Duke Clinical Research Institute and co-author of the paper. "This study demonstrates that despite national laws, industry- and especially NIH-sponsored trials have a long way to go."

Among the studies in the analysis, nearly 85 percent were designed to investigate a new treatment, about 8 percent tested a prevention therapy, and the rest were for diagnostic tools. Two-thirds of the trials were funded by industry, followed by academic/non-NIH sources and the NIH.

"The law requiring public disclosure was enacted amid concerns that sponsors and investigators were selectively publishing trials that favored sponsors interests," Anderson said. "Industry sponsors in particular were criticized for selective reporting. Since the law's enactment, many companies have developed disclosure policies and have actively pursued expanded public disclosure of data, but there may be a lack of knowledge about the law in academia, or a lack of resources to ensure timely reporting."

Anderson said penalties for failing to submit data within the one-year reporting period could be as high as $10,000 a day and/or the loss of NIH funding, but enforcement has not occurred, pending a rule approval.

In addition to Anderson and Peterson, study authors include Karen Chiswell; Asba Tasneem; James Topping; and Robert M. Califf (prior to his departure from Duke to join the Food and Drug Administration).

Many of the drugs that are used today have been discovered by chance or often by mere serendipity
Advertisement
<< Physical Activity can Help Prevent Brain Damage Among Elder...
German Biologist Ordered to Pay After Denying Measles Virus... >>