Kids Suffering from Tourettes Syndrome can Keep Symptoms Under Control 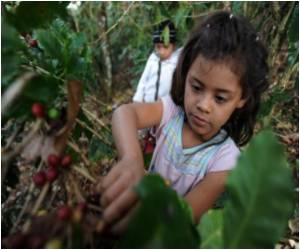 Researchers from the University of Nottingham suggest that children who are suffering from Tourettes syndrome can be taught different techniques in order to keep their symptoms under control.

Lead researcher Professor Stephen Jackson wrote in the study, published in the journal Current Biology, that such children can be trained since they are known to have greater control over their motor behavior.


"This new study provides compelling evidence that this enhanced control of motor output is accompanied by structural and functional alterations within the brain. This finding suggests that non-pharmacological, 'brain-training' approaches may prove to be an effective treatment for Tourette syndrome", she added.

A new study of children and adolescents with Tourette Syndrome finds that self-hypnosis taught with the aid of videotape training reduced their symptoms and improved their
Advertisement
<< Combo of Arthritis Drug and Experimental Cancer Drug Useful...
Middle-Age Obesity Linked to Religious Leanings >>

The Essence of Yoga Nutam (400mg) (Piracetam) Blood - Sugar Chart Drug - Food Interactions Find a Doctor How to Reduce School Bag Weight - Simple Tips Diaphragmatic Hernia Pregnancy Confirmation Calculator Blood Pressure Calculator Drug Side Effects Calculator
This site uses cookies to deliver our services. By using our site, you acknowledge that you have read and understand our Cookie Policy, Privacy Policy, and our Terms of Use