Keep Track of Your Dog Through GPS 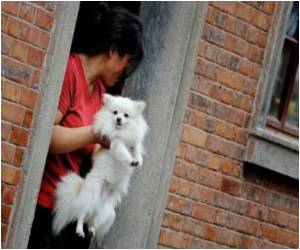 A San Francisco startup company Whistle has come up with some new features for its popular 'FitBit for dogs' gadget, including the ability to track down your dog through GPS, Tech Crunch reported.

It's a logical addition, as Whistle's core product seems best suited for pet owners who aren't always physically with their dogs while they're out and about - people with big properties, or who use dog sitters or walkers, for instance.


The gadget, which is on presale now, will cost 129 dollars and charge a 5-dollar per month GPS service fee.

While pet GPS trackers are not exactly new, the company is touting WhistleGPS as having the smallest form factor and longest battery life of all the pet trackers on the market.

Pheromones are the wonder chemicals that are known to significantly influence the love chemistry and sexual attraction between a man and woman.
Advertisement
<< Oil-Free Makeup may be the Best Choice for Summer
Shakiras Waka Waka Beats The Cup of Life as the Favorite... >>