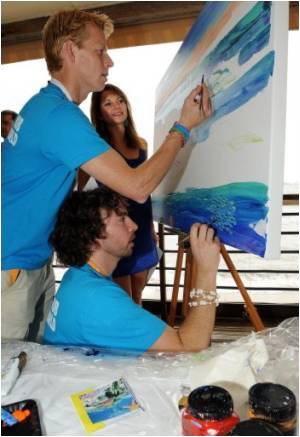 An Australian study has pointed out that health deteriorates due to joblessness.

The report presented in Adelaide by the Australasian Faculty of Occupational and Environmental Medicine said the biggest health risk posed by workplace injuries is not returning to work quickly enough.

Being unemployed can have long-term and possibly permanent psychological effects, including low self esteem, depression and anxiety, on an individual, according to a new study.
Advertisement

The tendency towards a sedentary lifestyle after a workplace injury, and the loss of identity and social status produced by long-term worklessness, massively increases the risk of cardiovascular disease, lung cancer and suicide.


The risks associated with not working were higher than working in the most dangerous construction or forestry occupations and were equivalent to smoking multiple packets of cigarettes daily, contributing to elevated mortality rates.

A timely sneeze made Americans more likely to back substantial government spending on health care than on job creation, a study concluded Monday.
Advertisement
"Not working for long periods of time is one of the greatest known risks to public health," the Sydney Morning Herald quoted the co-author of the report, Dr Robin Chase, as saying.

"It reduces life expectancy to a greater extent than cardiovascular disease.

"For example, suicide among young men out of work for more than six months increases 40-fold. It increases six-fold among the population more generally," Chase said.

Conversely, workers who return to work soon after suffering an injury have far better health.

The authors of the report found that many people with mild to moderate musculoskeletal problems, such as back pain, were being wrongly certified unfit fit for work for long periods.

This was despite the fact that most of these health conditions could be accommodated in a willing workplace with the right support.

"When doctors give people a script for medication they'll weigh the side effects against the benefits," the other co-author of the report, Dr Mary Wyatt, said.

"But we don't do that when time off work is proscribed. After all, people take holidays all the time right? But there are side effects and they are quite profound.

"We need a community approach - it's the guys down the pub who need to say: 'What do we need to do to help you get back to work mate?' and the doctor working hard with workers to figure out a solution," she stated.

Associate Professor Baigent, a clinical adviser to beyondblue, said the organisation often found that rates of mental illness and drug and alcohol addiction were higher among the unemployed.

A joint effort undertaken by Indiana University and Columbia University researchers has found that prejudice and discrimination still exists among people with serious mental illness.
Advertisement
Advertisement
This site uses cookies to deliver our services.By using our site, you acknowledge that you have read and understand our Cookie Policy, Privacy Policy, and our Terms of Use  Ok, Got it. Close
×