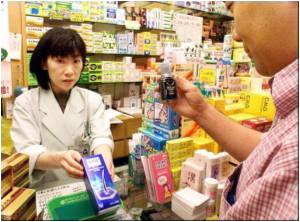 The physician to Japanese Emperor Akihito and top scientists have slammed homeopathy as an "absurd" medicine, urging health workers to stay clear of the alternative treatment as it grows in popularity.

"I cannot help but feel strong bewilderment" over the recent rise in homeopathy's use as a treatment in Japan, said Ichiro Kanazawa, who chairs the prestigious Science Council of Japan.


"The reason is that it ignores science," Kanazawa, who is also the medical supervisor for Japan's Imperial Household Agency, said in a statement.


The controversy has been fuelled by reports that a two-month-old baby girl died last year of a cerebral haemorrhage in Japan after she was given a homeopathic remedy instead of the normal treatment of vitamin K.

Homeopathic medicines use materials derived from flora, fauna and minerals, and their preparation includes the heavy dilution of the raw materials, according to the World Health Organization.

"In some cases, the dilution is so high that it is almost impossible to find one molecule of the original raw material," the WHO said in a February report.

Kanazawa argued that "because it is only water, of course it has no therapeutic effects, not to mention 'side effects'".

Arguments supporting homeopathy have "no scientific basis and are nothing but absurd", he said, stressing that medical workers "must exclude non-science such as homeopathy and play the role of spreading true science".

Several other groups of scientists and medics have issued statements supporting Kanazawa.

"The Japan Medical Association (JMA), along with the Japanese Association of Medical Sciences, totally agrees with the content" of Kanazawa's message, JMA president Katsuyuki Haranaka said.

"The stance of judging that it has no effect because it cannot be explained by conventional theories is unscientific and we are taken aback," the association said in an email message to AFP.

But Kanazawa, while noting that using homeopathy is an individual choice, said "the big problem is that patients may miss the opportunity to receive solid, effective treatments because they engage in homeopathy".

"It can take lives."

Homeopathic Remedies
Homeopathy is a stable system of medicine in the world. It is the branch of Medicine based on Nature's Law called 'Law of Similars'
READ MORE 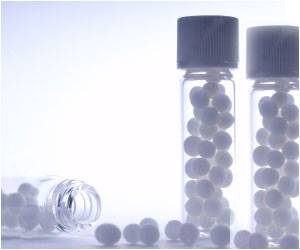 BMA Terms Homeopathy as Witchcraft, Demands Ban
The British Medical Association has likened homoeopathy to "witchcraft", and declared that the National Health Service should not pay for it.
READ MORE