Japan passed a law offering financial compensation to tens of thousands more victims of a mercury poisoning disaster in the 1950s blamed for generations of birth defects.

The new law, which reduced the number of symptoms required for a patient to qualify for relief, is expected to pay an additional 20,000 victims out of an estimated 30,000 seeking compensation, the environment ministry said.


The health disaster emerged in the 1950s in the small fishing town of Minamata on Kyushu island where chemical company Chisso Corp had for years dumped mercury into a bay, poisoning fish and unsuspecting residents.


Victims complained of spasms, seizures and loss of motor control that impaired their ability to walk and speak. Babies were born with nervous system damage and other mental and physical deformities.

Although parliament has passed the bill, ruling and opposition party lawmakers are still haggling over the amount of compensation, with proposals ranging from 1.5 million to three million yen (15,500 to 31,100 dollars), local media said.

The health problems in Minamata were first reported by a local hospital in 1956 but, although Chisso Corp was immediately suspected, its management denied responsibility and the plant continued dumping mercury until 1968.

The company was not officially blamed for the health problems until 1973.

In 1995, Japan's government led by then-premier Tomiichi Murayama ordered Chisso to compensate 11,000 patients who had not previously been officially recognised as victims of the Minamata disaster.

Under the new law, Chisso, which is headquartered in Tokyo and still operates in Minamata, will also be split into two entities, one to oversee the payouts, and another to keep running the company's business operations. 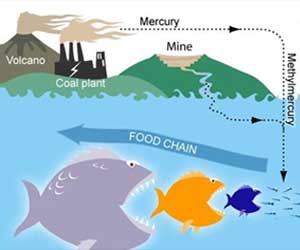