According to researchers at the NIH, iron overload in patients with thalassemia can be caused due to an overproduction of a protein called GDF15. This suppresses the production of a liver protein, hepcidin, which in turn leads to an increase in the uptake of dietary iron in the gut. This finding has implications for iron metabolism in other diseases and may contribute to the future development of therapies for thalassemia.

The study, led by researchers at the National Institute of Diabetes and Digestive and Kidney Diseases (NIDDK) at the NIH, appears online August 26, 2007, as an Advanced Online Publication in the journal, Nature Medicine.

Thalassemia is an inherited blood disease characterized by the under production of normal hemoglobin, the oxygen-carrying protein in red blood cells. People with severe forms of thalassemia often suffer from anemia, a condition in which the body tissues do not get enough oxygen from the blood, and often require blood transfusions.


Blood transfusions contribute to iron overload in people with thalassemia, but these people also suffer from iron overload independent of blood transfusions. Excess iron causes damage to many organs including the heart and liver, and diabetes can develop in severe cases. Patients with thalassemia often require treatment to remove the excess iron to prevent tissue damage.

"The treatment of iron overload in patients with thalassemia is particularly difficult because of their anemia," says Jeffery L. Miller, M.D., chief of the Molecular Genomics and Therapeutics Section of the Molecular Medicine Branch, Division of Intramural Research, NIDDK, and last author of the study. "So we have been searching for the mechanism responsible for iron overload in thalassemia in hopes of finding new therapies for those patients."

Thalassemia patients absorb too much iron from food due to abnormally low levels of a small peptide, called hepcidin, which regulates iron uptake from the gut. People with thalassemia should produce hepcidin at high levels. Instead, these patients have reduced levels of hepcidin. This confounded the authors and led them to ask if the low levels of hepcidin were somehow caused by the underlying problem in thalassemia -abnormal development of red blood cells.

"Since erythroblasts need iron to make hemoglobin, we reasoned that the increased number of erythroblasts in thalassemia may send stronger messages to the liver to suppress hepcidin and thereby absorb more iron even in the condition of iron overload," says the study's lead author, Toshihiko Tanno, Ph.D., an investigator in Miller's laboratory in the NIDDK's Division of Intramural Research.

With this hypothesis in mind, Dr. Tanno set out to identify all the messages that are produced by adult stem cells, as they become erythroblasts and red blood cells. For this work, the team was able to examine all the genes expressed in those cells because a catalogue of those genes now exists based upon the NIH's Human Genome Project.

The authors identified growth differentiation factor 15 (GDF15) protein as being unusually elevated in people with thalassemia compared to healthy volunteers. Further study showed that GDF15 does indeed signal reduced hepcidin production in liver cells, and the study revealed additional erythroblast proteins that may be involved.

"We are continuing the search for other factors that regulate expression of hepcidin," says Miller. "We are also keenly interested in determining if the elevated levels of GDF15 cause other problems in thalassemia in addition to hepcidin suppression."

The team is now developing strategies to apply and translate their discovery into new diagnostic and therapeutic tools for the clinic. Drs. Miller and Tanno both agreed that while their discovery is a good start, the project will not be complete until the patients have benefited.

Anemia - The Second Diagnosis
Second case presentation of anemic patient - This patient's hemoglobin level should have normalized within two months of starting treatment, but she continued to be slightly anemic at three months.
READ MORE 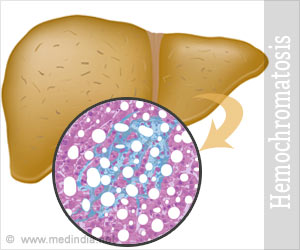