Teens are more likely than any other age group to use technology to communicate, with virtually constant access to their peers. Although there are benefits to teens having such close connections with their peers, prior research suggests that this lack of privacy may contribute to unhealthy relationship behaviors. The popularity of text messaging, social media and Internet use among teens may create opportunities for cyber-dating abuse, including monitoring, controlling, harassing or otherwise abusing a dating partner via technology.


Lead researcher Jeff Temple, who is an associate professor in UTMB's department of obstetrics and gynecology, said, "While researchers have explored teens' use of technology to perpetrate dating violence, little is known about how traditional in-person and cyber-abuse are linked, and this is the first study to examine their relationship over time."


Researchers collected information from 1,042 high school students as a part of an ongoing six-year study of teen health in several public schools in Texas. Researchers analyzed whether being involved in any form of dating abuse as either the perpetrator or the victim predicted involvement in cyber-dating abuse over the following year.

Temple said, "These findings highlight the connections between traditional and cyber-dating abuse perpetration and victimization among teens and further suggest that the line separating teens online and offline relationships is becoming increasingly blurred. It's important for parents, teachers and healthcare providers to be aware that victims of cyber-dating abuse may be experiencing other forms of dating abuse as well. Speaking with teens about their online behaviors could provide some insight into their other relationship behaviors. Prevention efforts should focus on helping adolescents understand healthy and unhealthy relationship behaviors as they relate to face-to-face and technological interactions."

Ghosts may Now Find Their Soulmate, All Thanks to a New Dating Website
A new dating website is now to cater to dead people!
READ MORE

Teen Dating Takes a Violent Turn
A new study finds that dating during the teen years takes a violent turn for nearly 1 in 6 young people, with both genders reporting acts like punching, pulling hair, shoving, and throwing things.
READ MORE 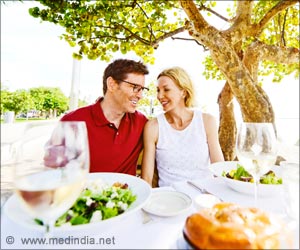 Virtual Reality Games as Pain-relievers for Burn Injuries What is the Role of Zinc in Kidney Stones? Bats Harbour Viruses Which can Transmit to Humans Heart Health Linked With Dementia Treatment Neurodegenerative Biomarkers Reduced by an Investigational Alzheimer's Drug
More News