Internet Access is Much More Important to Australians Than Food, Heating or TV 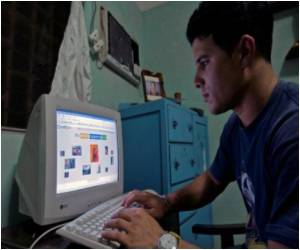 Internet access seems to be top on the minds of a fifth of Australians , much more than food, heating or TV.

The statistics, revealed in a major study carried out on behalf of Telstra found that more than 60 per cent of Victorian homes admit to busting their monthly internet limit and nearly 15 per cent of the state's households fight over hogging the computer and using too much bandwidth, compared with just over 13 per cent who battle for control of the TV remote.
Advertisement

Melbourne is Australia's multi-tasking capital, with almost a third of all homes using more than four internet-connected devices simultaneously and older Australians report owning the most number of PCs, edging out even technology-savvy 18 to 24-year-olds.


Younger Australians by contrast are more likely to use a laptop in the home (88 per cent) compared with 53 per cent of those aged over 65.

Telstra executive director consumer Rebekah O'Flaherty, said it was clear that a fast, reliable internet was becoming entrenched as an essential part of Australians' daily lives.
Advertisement
"I think the internet is becoming a fourth utility," news.com.au quoted O'Flaherty as saying.

"We are seeing that now. There's gas, electricity, water and now broadband is really becoming that fourth essential element in the home."

"Clearly the appetite for broadband is only going to increase."

"With information, entertainment and news being enjoyed across multiple devices in the house, it's not surprising that consumer demand for speed, simplicity and value from their broadband is growing," added O'Flaherty.

In response to this trend, Telstra BigPond has overhauled its broadband plans, slashing rates for new and existing customers by up to 50 per cent.

Internet Access Demanded as Fundamental Right By Four in Five People
Almost four in five people feel that access to the World Wide Web is a fundamental right, ......

Kids Cramming About Six Hours Of Screen Time A Day
A new study has revealed that children these days spend increasing amounts of their lives in ......