Insects Are a Good Ecological (and Flavoured) Alternative to Meat: Dutch Scientist 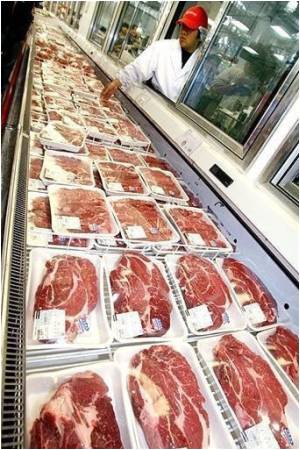 As a replacement to juicy beef, a Dutch scientist has advised people to consume insects. And before you say "eww", here's his explanation - around 70 percent of the world's agricultural land is being used for meat production.

Entomologist Marcel Dicke while speaking at the TEDGlobal 2010 conference in Oxford said that insects are an ecologically sound and tasty alternative to meat.

Giving Up Beef Can Drastically Slow Down Global Warming!

Dicke, a professor at the Netherlands' Wageningen University, said that while 10kg of feed generates just 1kg of beef, 3kg of pork or 5kg of chicken, the same amount could sustain 9kg of locusts, reports The Independent.


He also said that insects produce substantially less waste than mammals and have nutritional benefits. They are also rich in protein, essential amino acids, iron and vitamins.

According to Dicke the average person eats up to 500g of the insects each year, through processed vegetable-based products and foods dyed with insect derivatives.

Around 1,400 different species of insect are eaten around the world.

Introducing A 2-in-1 Test for Detecting E. Coli in Ground Beef

Scientists have reported development of the first two-in-one test that can simultaneously detect the E. coli bacteria

Indian Medical Journals Daily Calorie Requirements Pregnancy Confirmation Calculator Post-Nasal Drip Hearing Loss Calculator Blood - Sugar Chart Find a Doctor How to Reduce School Bag Weight - Simple Tips Turmeric Powder - Health Benefits, Uses & Side Effects The Essence of Yoga
This site uses cookies to deliver our services.By using our site, you acknowledge that you have read and understand our Cookie Policy, Privacy Policy, and our Terms of Use  Ok, Got it. Close
×