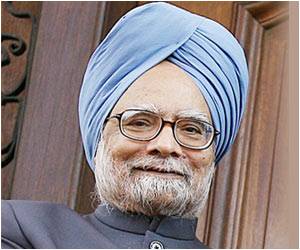 Indians to get free medicines, announced by Prime Minister Manmohan Singh in his address to the nation on the country's 66th Independence Day.

The prime minister said the National Rural Health Mission was launched in 2005 so that health services can be extended to every village.

Over-the-counter (OTC) drugs can be bought without a prescription. OTC allergy medications are for the allergy sufferer to choose the right over-the-counter drugs.
Advertisement

After its success, "we now want to expand the scope of health services in our towns also", he said in his address from the Red Fort.

"We are also formulating a scheme for distribution of free medicines through government hospitals and health centres."

Drugs can cause side effects and toxic reactions. These reactions can be very characteristic for a particular drug. The ''Adverse Effects Finder'' is designed to help clinicians find these effects peculiar to certain drugs.
Advertisement
<< Couple's Therapy Decreases PTSD Symptoms
Mediterranean Diet may Improve Bone Health >>

Indian government's plan to offer free medicines to all is set to be launched from October, according to a report.

Diaphragmatic Hernia Accident and Trauma Care Blood Donation - Recipients Nutam (400mg) (Piracetam) The Essence of Yoga Color Blindness Calculator A-Z Drug Brands in India Sinopril (2mg) (Lacidipine) Noscaphene (Noscapine) Blood - Sugar Chart
This site uses cookies to deliver our services. By using our site, you acknowledge that you have read and understand our Cookie Policy, Privacy Policy, and our Terms of Use