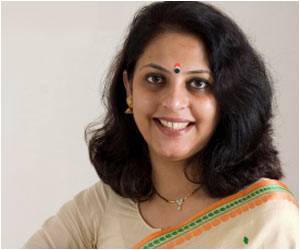 India's parliament, which has been deadlocked for days due to opposition protests, on Monday used a brief break in the uproar to pass legislation which protects women from sexual harassment at work.

The lower house passed the bill before business was again abandoned for the day as lawmakers from the main opposition Bharatiya Janata Party (BJP) shouted, stood in the well of the assembly and waved their papers.


Women's rights activists say sexual harassment is a rampant problem in India, where an increasing number of women are joining the workforce.


The legislation, which must still be passed by the upper house before becoming law, specifically includes protection for female domestic staff, one of the most vulnerable work groups in India.

"I am glad that they cleared this crucial bill. Women have a right to feel safe wherever they are," said Raghavi Behl, a professor of women's studies at Delhi University.

The anti-harassment bill, which improves women's rights to take legal action against abuse at work, also means that all workplaces must have a formal complaints system for sexual harassment allegations.

"Many women are scared to report sexual abuse as they want to keep their jobs," said R.K. Sethi, who runs Shakti, a women's rights forum in New Delhi.

Sethi said studies suggest one out of five Indian female workers aged under 35 have suffered physical assault by a colleague or manager at work.

Indian Medical Journals Post-Nasal Drip Daily Calorie Requirements Iron Intake Calculator Find a Hospital Vent Forte (Theophylline) Drug - Food Interactions Noscaphene (Noscapine) How to Reduce School Bag Weight - Simple Tips Find a Doctor
This site uses cookies to deliver our services. By using our site, you acknowledge that you have read and understand our Cookie Policy, Privacy Policy, and our Terms of Use