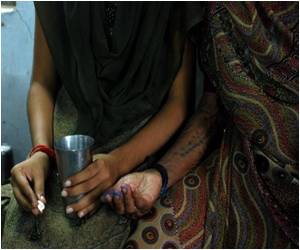 Indian housewives have used homemade remedies based on cow's milk to cure constipation for centuries, but Swiss giant Nestle applied for a patent to protect a similar product of its own in 2009.

Earlier this year, India successfully fought off Nestle's attempt at the European Patent Office (EPO) to secure a patent, saying that using cow's milk as a laxative was mentioned in ancient texts and was therefore not new.

Indian government officials are fighting hundreds of other cases to try to protect the country's "genetic heritage", a topic high on the agenda at the UN's Convention on Biological Diversity currently meeting in Hyderabad.


"India is one of the mega centres for biodiversity in the world," said Vinod Bhatt, director of research at Navdanya, a non-profit body that seeks to promote indigenous knowledge.

Movie star Owen Wilson has taken solace in ancient Native American remedies in order to get rid of the depression that led to his suicide attempt.
Advertisement
"We cannot allow theft of our traditional knowledge that dates back thousands of years and is rooted in our culture. We have to protect ourselves from commercial exploitation by the Western world," Bhatt told AFP.

Traditional knowledge, used for centuries by indigenous communities under local laws and customs, plays an important role in areas such as food security, biodiversity, agriculture and medicine.

"Nestle is just one case. We have already succeeded in 110, and 800 more are in the pipeline," said Vinod Kumar Gupta, the head of India's Traditional Knowledge Digital Library (TKDL).

The library is a digital database established in 2001 to record 250,000 traditional formulations, including the Hindu "ayurvedic" system of medicine that has become hugely popular in the West.

"Every known medicinal plant in India is under piracy attack," said Gupta, citing an example where a US patent application was made by Britain-based firm Provexis on the use of banana extracts as treatment for diarrhoea.

Evidence from the TKDL proved the banana preparation was previously well-known, and the application was withdrawn.

In the cow's milk case, the European patent authorities also sought advice from the database, which confirmed it was a remedy -- often mixed with other ingredients -- to treat constipation for hundreds of years.

A patent application is normally rejected if there is "prior existing knowledge" about the product, but that is far easier to prove if the information is published in a journal or on a database, rather than only held in folklore.

Some 200 researchers took eight years to create the TKDL database, combing through Hindi, Sanskrit, Arabic, Persian and Urdu texts on ayurveda, yoga and other less-known health systems such as unani and siddha.

The TKDL is accessible to foreign patent offices, which can consult it before deciding whether to grant exclusive rights to applicants.

India woke up to the threat of what is now termed "bio-piracy" 20 years ago after a European patent was granted to a US group on an anti-fungal product derived from the native Indian "neem" tree.

Outraged campaigners and Green Party politicians in Europe challenged its validity, and India finally won a 10-year legal battle in 2000 to have the patent revoked as neem seeds had been used for centuries as a medicine, insecticide and contraceptive.

In 2009, the EPO also withdrew another patent granted to a Spanish company for the use of melon extract to treat the skin disease vitiligo on the same legal grounds.

The practical effect of patents may in reality have little impact in villages of India, where plants, trees and other natural products are still widely used to treat maladies.

But the patents provoke an angry response from the government, which sees protecting knowledge of traditional Indian medicine from foreign commercial exploitation as a matter of national pride.

Legal battles between the TKDL and global firms over patent requests can take years to resolve and require exhaustive documentation by the agency's researchers to prove prior art references.

"We don't see any short-term problems of bio-piracy but we've got to be watchful of the long-term implications," said Bhatt of Navdanya.

Scientists and lawyers agree countries such as India must be more vigilant.

"Between 1992 and 2000 China revised its patent laws twice to ensure that it could draw intellectual property control over its unique system of medicine," Devinder Sharma, an agriculture scientist and biodiversity expert, told AFP.

He said similar legislation must be put in place in India.

"Instead of chasing 'bio-pirates' here and there, we could rest easy in the knowledge that we are legally protected," he said.

"Traditional knowledge falls into the grey area and is not as clearly defined as intellectual property rights in Indian law," Pratiush Pratik, a New Delhi-based lawyer who specialises in the subject, told AFP.

Western societies have accepted the loss of traditional knowledge, he said. "India must not make that mistake."

In Innovative US Patents, Foremost Are Foreigners: Study