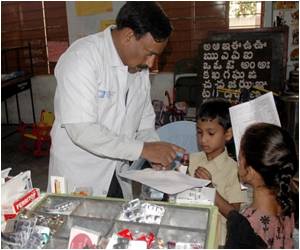 University of London (UK) argue that pending cases against India's patent laws threaten public health and misinterpret international intellectual property agreements. This is mentioned in a special report in The Lancet.

Non-communicable diseases are the diseases that are non-transferrable and non-infectious among people. They may be chronic disease of prolonged duration or slow in progression.
Advertisement

In their report, "India's patent laws under pressure", Peter Roderick, a barrister, and Allyson Pollock, Professor of Public Health Research and Policy, both from the Centre for Primary Care and Public Health at Queen Mary, University of London, say that the Bayer and Novartis cases "are seeking to undermine public health considerations aimed at improving access and therapeutic advantage".


They conclude: "There are many problems facing access to and rational use of medicines in India but the provisions within the country's patent laws, if more extensively and properly applied, should help rather than hinder such access. India's laws and experiences could provide a useful example for low-income and middle-income countries worldwide."

The report outlines the history and details of the two cases, including an analysis of some of the legal background to the actions.

Neurobiological and Psychosocial Disorders Due to Depression in Older Persons: The Netherland Study

Late life depression is a serious problem amongst elderly. Depression, stress, loneliness could lead to the development of conditions like cardiovascular disease, diabetes and physical impairment.
Advertisement
<< Study: Increasingly Vulnerable to Type 2 Diabetes Are Latin...
Evidence Of a Genetic Cause for Barrett's Esophagus Found B... >>