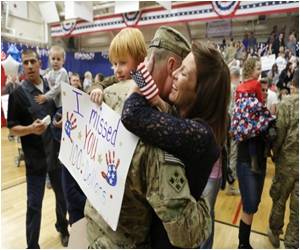 It is a growing concern that long-term untreated posttraumatic stress disorder (PTSD) symptoms may increase the risk of developing a number of medical problems, particularly cardiovascular health.

Heart disease remains the leading cause of death worldwide, according to the World Health Organization. Cardiovascular disease is an umbrella term for diseases of the heart and blood vessels. There are multiple known risk factors, including age, family history, smoking, obesity, high blood pressure, and high cholesterol.

Prior studies show that individuals with PTSD are at increased risk of cardiovascular disease. However, most of these studies proposed this relationship on the basis of self-report measures, creating a need for objective studies to establish the validity of this hypothesis.


In this issue of Biological Psychiatry, Jesse Turner and colleagues at the University of California, San Francisco have done just that and now report new evidence of elevated rates of myocardial ischemia in patients with PTSD.
Advertisement
They recruited 663 outpatients from two Veterans Affairs Medical Centers who underwent a series of assessments, including questionnaires and a blood test to determine their risk factors for cardiovascular disease. Each also completed a structured interview with a clinician, which resulted in a diagnosis of PTSD for 230 of the veterans. Lastly, the participants performed standardized exercise treadmill tests, commonly called 'stress tests', which were used to detect ischemia.

The researchers detected the presence of myocardial ischemia in 17% of the participants with PTSD but only 10% of participants without PTSD. This increase was not explained by differences in traditional cardiac risk factors, health behaviors like alcohol use and sleep quality, or depression.

"This study adds to a growing literature demonstrating the objective effects of PTSD on the heart. An important next step for this area of research will be to identify the mechanisms through which PTSD may damage the cardiovascular system. Though we controlled for several potential mechanisms, such as traditional cardiovascular disease risk factors, these did not explain the association of PTSD and ischemia," said Dr. Beth Cohen, senior author on the project. "Determining precisely how PTSD can affect the heart will allow us to develop new, tailored treatments to improve the health of veterans and others who experience PTSD."

Considering that up to 30% of veterans suffer from PTSD, this is an important goal. For now, it is increasingly clear that, veteran or not, any individuals suffering from PTSD should seek treatment.

Lower Rate of Mental Stress-Induced Cardiac Ischemia Shown on Treatment With Antidepressant
Among patients with stable coronary heart disease and MSIMI, 6 weeks of treatment with the ......

Stress for Brief Periods may Condition Heart to Survive Major Attack
A new study by researchers at the University of Cincinnati suggests that experiencing brief periods ...