Increase In Attempts to Quit Thanks To Graphic Anti-Smoking Ads 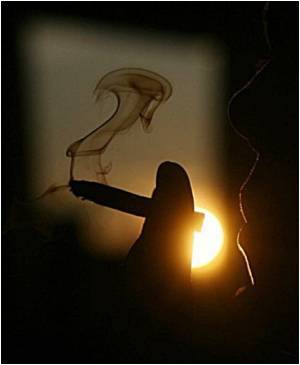 Matthew C.Farrelly, Ph.D., said, "Harder hitting ads worked equally well, regardless of how much you wanted to quit, how much your income is and your level of education." He is the chief scientist at RTI International in Research Triangle Park, N.C., and lead author on the study.

The study evaluated the impact of anti-smoking ads run by the New York Tobacco Control Program from 2003 to 2011. Smokers were surveyed about their smoking habits, their recall of anti-smoking ads, their desire to quit and demographic information, such as income level and race. Researchers looked at media market data and determined that the survey participants were exposed to an average of three emotional or graphic anti-smoking commercials and three comparison ads per month during that period. Comparison ads advocated or encouraged quitting but without strong emotional content.

The survey found that current smokers who recalled seeing at least one emotional or graphic ad were 29 percent more likely to have tried to quit in the prior year. Exposure to comparison ads did not increase quit attempts. If the goal is to get smokers to try to quit, ads need to evoke a strongly negative reaction to smoking, the authors concluded.


"It surprised me that it would work so well across the board for different types of smokers," Farrelly said. Graphic, emotional ads may work well because they cut through the noise of other advertising, he noted.
Advertisement
It is known that hard-hitting antismoking advertising works, said Erika Sward, director of national advocacy for the American Lung Association in Washington, D.C. "This study confirms and highlights that what is missing is the lack of political will on the part of states to do what works," she added.

New York State has urban, suburban and rural areas and a wide range of demographics, which means that what works there works everywhere, she said. The American Lung Association wants to see states raise taxes on tobacco, pass smoke-free laws, fund programs to help people quit and run anti-smoking advertising. "When we see that, we see declines in tobacco use," she said.

Source: Newswise
Advertisement
<< Every Molecule in Our Bodies To be Read By Next Generation ...
Insulin Production in Diabetics Could Be Restored By Recove... >>

Drug Side Effects Calculator Blood - Sugar Chart The Essence of Yoga Blood Pressure Calculator Accident and Trauma Care Noscaphene (Noscapine) Hearing Loss Calculator Sanatogen Iron Intake Calculator Drug - Food Interactions
This site uses cookies to deliver our services. By using our site, you acknowledge that you have read and understand our Cookie Policy, Privacy Policy, and our Terms of Use