Incandescent Light Bulb Set to Become History in US 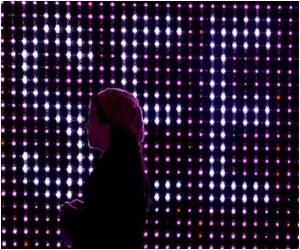 Starting from 1st January 2014, US will see the end of a seven-year effort to outlaw the ordinary lightbulb as the US government has begun phasing out the familiar 60-and-40-watt light bulbs.

According to 2007's Energy Independence and Security Act (EISA), traditional 60-watt and 40-watt incandescent bulbs can no longer be manufactured or imported into the United States, Fox News reported.


The Incandescent light bulbs, which had minimum efficiency standards according to the technology, also hogged a lot of electricity.

The EISA law doesn't mandate that manufacturers discontinue their bulbs, instead makes it mandatory for them to improve them so that 40W bulbs draw just 10.5W, and 60W bulbs draw 11W of electricity.

Google Glass Provides a Light Bulb Experience for a Surgeon During Shoulder Replacement Surgery
Google Glass lent a helping hand for an orthopedic surgeon from University of Alabama-Birmingham as ...

Smartphone Controlled Light Bulbs
A light bulb that can last for 25 years and be controlled by smartphone was developed by an ......