In Some Species, Mere Presence of Males Shortens Females' Lifespan 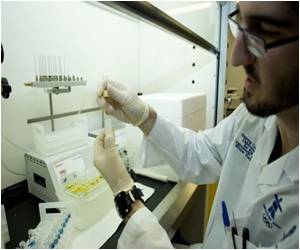 At Stanford University School of Medicine, researchers have discovered that males of the laboratory roundworm secrete signaling molecules that significantly shorten the lifespan of the opposite sex.

The scientists speculate that, if carried out after reproduction, this "male-induced demise" could serve to conserve precious resources for a male's offspring or to decrease the supply of mates for other males.

For several years, it's been known that the presence of some male worms and flies can shorten the lifespan of their female or hermaphroditic counterparts. But it's not been clear why. Some researchers have speculated that the physical stress of mating may lead to their early death.


The Stanford research, however, suggests something more than sex is to blame  specifically, that the males are carrying out a calculated plan at the molecular level to off the baby-makers after they've done their jobs.
Advertisement
The researchers studied the common laboratory roundworm, known as Caenorhabditis elegans, or C. elegans. The 1-millimeter-long, translucent worms generally live for about 20 days, and a normal population consists of about 0.01 to 0.1 percent males. The remainder consists of hermaphrodites, which have both male and female reproductive organs. Although hermaphrodites can self-fertilize, they can produce more offspring if they mate with a male.

"We've found that males induce the expression of a large number of genes involved in sensation and signaling in hermaphrodites," said Anne Brunet, PhD, associate professor of genetics. "This raises the possibility that the male-induced demise is not just due to the physical stress of copulation but instead involves some degree of active signaling. Indeed, we found that just placing hermaphrodites on plates where males had previously been present was sufficient to induce the premature demise of hermaphrodites."

Brunet is the senior author of the study, which will be published Nov. 28 in Science Express. Postdoctoral scholar Travis Maures, PhD, is the lead author.

Brunet's research shows that males can initiate the killing process even across distances. But as tempting as it is to extend the findings to mammals and  dare we say it?  humans, it would likely backfire in situations where mothers, or parents, are needed to rear the young.

"In worms, once the male has mated and eggs are produced, the hermaphrodite mother can be discarded," Brunet said. "The C. elegans mother is not needed to care for the baby worms. Why should it be allowed to stay around and eat? Also, if she dies, no other male can get to her and thus introduce his genes into the gene pool."

The researchers found that the continuous presence of young males shortened the average lifespan of C. elegans hermaphrodites by more than 20 percent. This effect persisted even when the genders were prevented from co-mingling, or when the hermaphrodites were sterile  indicating that neither the physical stress of copulation nor the energy demands of producing offspring were entirely responsible for early death. Affected hermaphrodites also displayed symptoms of aging, including slower movement, an increased incidence of paralysis, general decrepitude and structural decline.

"Even long-lived and stress-resistant hermaphrodites were highly susceptible to the premature demise induced by males," said Brunet, who specializes in the study of longevity in worms and other animals.

Finally, when the researchers placed hermaphrodites on laboratory dishes that had formerly contained male worms, those hermaphrodites also exhibited a shortened lifespan, indicating that the males had left behind some substance that was affecting the hermaphrodites.

There was one way to ameliorate the effect, however.

"Males that are deficient in pheromone production no longer induce a strong premature demise of hermaphrodites," Brunet said, "and hermaphrodites that cannot sense pheromones are resistant to male-induced demise."

Pheromones are soluble, diffusible chemical compounds produced by many animals to trigger social or behavioral reactions among members of the same species across distances. Although it's as yet unclear how or when the roundworm males secrete the unidentified pheromones, the effect was evident when the researchers investigated the gene expression profiles of the affected hermaphrodites.

In particular, they observed large changes in hermaphrodite gene expression that occurred only in the presence of males. Many of these changes affected genes expressed in neurons or involved in neurodegenerative diseases. Blocking the expression of one gene in particular, an insulin-like peptide known as INS-11, specifically impeded male-induced demise.

The studies conducted by the researchers in C. elegans used a much higher proportion of males to hermaphrodites than normally occurs. However, Brunet feels the effect of even a few males may be exacerbated once mating has occurred  particularly if the unknown pheromones are secreted in the seminal fluid. The effect on non-mating populations (the hermaphrodites added to the plate after the males have been removed) could be explained by the seminal fluid secreted by the males that, without access to nearby hermaphrodites, attempt unsuccessfully to copulate with other, nearby males.

Although the researchers first studied a domesticated strain of C. elegans, they were also able to observe male-induced demise in a wild strain of C. elegans, as well as in two other, distantly related species of worm  confirming that the phenomenon has been conserved over about 20 to 30 million years of evolution. The male-induced demise even occurred in species of roundworm that have true males and true females in an equal mix (similar to mammals), suggesting that this phenomenon is not just due to idiosyncrasies of C. elegans such as hermaphroditism or a low proportion of males.

"The observation that this male-induced demise is present in several species of worms and has also been shown in flies suggests that it could have some adaptive benefits," Brunet said. "It will be interesting, of course, to determine whether males also affect the lifespan of females in other species, particularly mammals."

Source: Eurekalert
Advertisement
<< Smartwatches may Not be Hot Picks This Year
Bone Grafting Improvements With the Help of Sea Coral: Rese... >>

Could Our Lifespan Be Prolonged By A Fifth? Biologists Seem To Think So After Latest Discovery
A direct association between insulin and life span, suggesting that blocking the activity of a ......

New Digital Wristwatch to Calculate Lifespan Designed
Tikker - the new digital wristwatch to help users determine how long they have left to live has ......