Smartwatches may Not be Hot Picks This Year 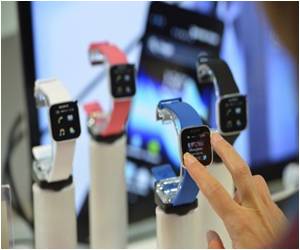 Wearable computing is the latest market where every tech company is laying its hands on, but this year, a new study has revealed that smart gear like watches will not be featured on many consumers' holiday wish lists.

Research firm Gartner has said that the premium pricing paired with an unclear value proposition will steer consumers' spending toward tablets and fitness bands, leading to lackluster sales of smart watches this holiday season.

Analyst at the firm, Annette Zimmermann said that Samsung and other well-known vendors have recently entered the smart watch space, yet the products so far have been rather uninspiring in terms of design, available apps and features.


Zimmermann said less than 1percent of premium phone users are expected to opt to replace their phone with a combination of a wearable device and a tablet.
Advertisement
Gartner pointed that there are a host of features in current smart watch products, such as the availability and speed of processors, display technology, type of sensors, connectivity and operating systems, and thus, have the potential to replace the smartphone.

However, Zimmermann pointed that there are still several significant barriers to mainstream adoption of smartwatches, including low interest and awareness among consumers, poor design and price.

The analyst said that users expect more than just more convenience from a new product category that claims to be innovative and priced at 200 dollars to 300 dollars.

Source: ANI
Advertisement
<< New Age to Get Married is Now 40
In Some Species, Mere Presence of Males Shortens Females' L... >>

Now, Smartwatch to Test Your Sobriety
A new smartwatch that tests the blood alcohol level by acting as a breathalyzer and also assesses .....