In Hospital-at-home Setting, Opioid Use to Relieve Pain and Suffering at End of Life is Safe 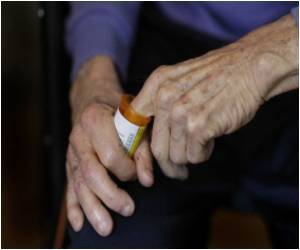 A study published in Journal of Palliative Medicine (JPM), a peer-reviewed journal from Mary Ann Liebert, In, says that patients who choose to spend their last days at home with specialized care and monitoring can safely be given opioids to control pain and other symptoms without reducing survival time.

The use of high-dose opioids to relieve symptoms such as pain and shortness of breath in hospital- or hospice-based end-of-life care is proven to be effective but is available in only a few countries in the world. Many physicians around the world are afraid to prescribe opioids in sufficient doses to be effective in terminally ill patients in the home setting. Consequently, it is important that Itxaso Bengoechea, MD and colleagues from Galdakao-Usánsolo Hospital in Bizkaia, Spain, conducted a retrospective study on the safety and survival effects of increasing doses of opioids during end-of-life care at home. The study included 223 patients with terminal cancer who received specialized medical and nursing care and active monitoring in their homes.

The authors report that opioid use is both safe and effective and, in fact, patients who received a greater than two-fold increase in their initial dose had a longer median survival (22 days) than those who received lower doses (9 days). In the article entitled "Opioid Use at the End of Life and Survival in a Hospital at Home Unit," the authors conclude that opioid use in the home setting did not have a negative effect on patient survival time.


"Many worry that use of opioids in end-of-life care tacitly hastens death. Reassuringly, the results of this study show that higher doses were safe in the home and linked to longer survival," says Charles F. von Gunten, MD, PhD, Editor-in-Chief of Journal of Palliative Medicine and Provost, Institute for Palliative Medicine at San Diego Hospice.