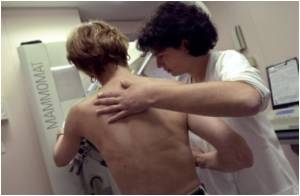 Boron neutron capture therapy (BNCT) has the potential to treat patients with advanced head and neck cancer who have not responded to previous treatments, clinical trials at Helsinki University Central Hospital in Finland indicate.

BNCT treatment produces radiation inside a tumor using boron-10 and thermal neutrons. Boron-10 is introduced into cancer cells with the help of phenylalanine, a special carrier substance. The tumor is then irradiated with low-energy neutrons.

The neutrons react with the boron to generate high-LET radiation, which can destroy the cancer cells. One to two BNCT treatment sessions may be sufficient to destroy a tumor, while keeping the impact of radiation on surrounding healthy tissue to a minimum.


Prof Heikki Joensuu and his team looked at 30 patients referred to HUCH's Department of Oncology from hospitals around Finland.

Apart from palliative chemotherapy, conventional treatment was no longer considered possible for the patients treated in the BNCT trial.

"Shaped like a butterfly she sits within the neck," that's what an anonymous poet wrote about the thyroid gland but it can become cancerous and spread to other parts.
Advertisement
Seventy six percent of patients responded well to the treatment and 30 percent were still alive two years after treatment; although only one patient has survived 55 months.

"The positive results that we have achieved in treating head and neck tumours have convinced us of the benefits of further developing BNCT treatment and the services needed to administer it," said Boneca's Board of Directors chairman Seppo Pakkala.

"As BNCT saves healthy tissue, this promises to make it a good choice as a first-line therapy for patients with large head and neck tumours, avoiding the need for extensive surgery," he said.

"Additional studies will be needed, however, before BNCT can be adopted for this use. We would also like to extend the use of BNCT to treating tumours in other anatomical areas for which there are no forms of treatment currently available," he added.

The results of the study have recently been published in the International Journal of Radiation Oncology, Biology, Physics.

A person with testicular cancer may have a testicle that is three times its original size. The most cited risk factor is undescended testes.
Advertisement
<< Neuron Loss in ALS Linked to Loss of Key Protein
Structure of Typhoid-Causing Bacteria Clarified >>