In 5yrs China Will Have More Skyscrapers Than US 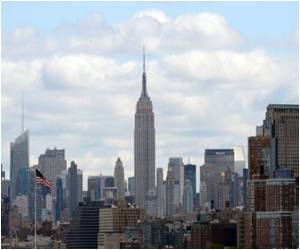 According to a report, China is likely to have more number of skyscrapers than the United States in five years' time.

By 2017, China will have 802 buildings more than 152 meters in height on its mainland, compared to 539 in the United States, MotianCity, a research organization in China focusing on skyscrapers said.

Floating pyramids filled with suspended skyscrapers, a 'solar valley' that has streetlights and swimming pools heated by the sun, buildings filled by tree towers, and houses
Advertisement

According to the Shanghai Daily, the report said that in ten years from now, the number of skyscrapers on the mainland would reach 1,318, compared to 563 in the United States.

Thee report said that there are 332 such buildings under construction on the Chinese mainland, with an additional 516 in the pipeline.

In contrast, only six skyscrapers are under construction in the U.S. at present, with another 24 in the planning stage, it added.

Forget Hawaii, Hossegor or Bali, the newest mecca attracting surfers from all over is in Canada in the shadows of Montreal skyscrapers, on the Saint Lawrence River.
Advertisement
<< Paris Sent New Rap Song By Lady Gaga
One-of-a-kind Trial Held By World's Smallest State, Vatican >>

Its subtle poetry with crisp air and warm sunlight filtering through foliage punctuated by pink and yellow flowers while birds and crickets enthuse joggers, cyclists and nature lovers.

Buildings Sitting on Oil Pipelines in Ahmedabad, India, None Seem to Care

Over 40 buildings in Ahmedabad in western India are considered situated in danger zone - they have come up over oil pipelines, which could burst any time. And more such buildings are coming up.
Advertisement
News A-Z
A B C D E F G H I J K L M N O P Q R S T U V W X Y Z
What's New on Medindia