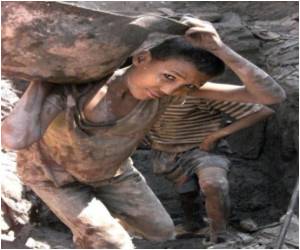 Last year, health care workers and institutions came under violent attack in 22 countries, including 150 killings, the Red Cross said lamenting that such violence deprives millions of people in need of care.

In a follow-up on a report issued two years ago on violence against medical professionals in 16 countries, the International Committee of the Red Cross found that at least 921 such violent incidents had taken place in 22 countries in 2012, although it did not list the countries in question.

"These 921 incidents include threats, killings and kidnappings. However, they are just the tip of the iceberg," said Pierre Gentile, who heads ICRC's "Health Care in Danger" project.


"Most incidents go unrecorded and so do the repercussions they have on the people who depend on the local clinic, midwife or ambulance," he said in a statement.
Advertisement
The ICRC report showed that 150 health care workers were killed last year, 73 were kidnapped, while far more were threatened.

"The making of threats may seem less a serious matter than killing and kidnapping; but its consequences, for people in the areas affected, can be far-reaching because it may result in the departure or flight of health-care personnel," the report pointed out.

It pointed out that in parts of South America, entire communities have to go without health services because all the health workers have left due to pressure and intimidation.

And "in certain regions of sub-Saharan Africa and South Asia, many children succumb to disease that would under normal circumstances be easily preventable had armed conflict not cut thousands off from health services."

Violence against health care workers is not new, and an ICRC spokesman said that due to underreporting it was unclear if the tendency was growing.

The organisation however highlighted two worrying new trends, pointing out that many people rushing to give first aid after a blast were being hit by "follow-up attacks" triggered remotely.

Also extremely worrying, it said, were the attacks on health workers trying to provide routine vaccinations, pointing out that "this means setbacks for eradicating diseases such as measles and polio."

While the report does not name names, Pakistan and Nigeria have witnessed a number of deadly attacks on polio vaccination teams.

"When violence is used against health care staff, infrastructure or the wounded or sick, the ultimate losers are ordinary people requiring medical assistance," Gentile said.

Blue-collared Workers are the Biggest Users of Maths Daily
It's not just accountants and bankers which need to know their numbers, it turns out that ......

Happy List can Improve Efficiency of Stressed Out Workers
Writing down a 'happy list' at the start of each working day can help stressed out workers relax ......

Fear of the Sack Making Workers Avoid Taking Sick Leave
A number of British workers are afraid to ask for sick leave as they fear that they could lose ......