Immersive Virtual Reality Therapy Can Drive Away Fears, Phobias in Kids With Autism 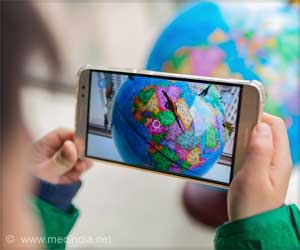 Immersive virtual reality (VR) may help kids overcome autism phobias, reports a new study. The findings of the study are published in the Journal of Autism and Developmental Disorders.

Exposing children and adults with autism to immersive virtual reality (VR) can help alleviate their fears and phobias, say researchers.

A team from the UK's Newcastle University developed 'Blue Room,' a virtual environment, which requires no goggles. Here a person can comfortably investigate and navigate through various scenarios working with a therapist using iPad controls but remain in full control of the situation.


"For many children and their families, anxiety can rule their lives as they try to avoid the situations which can trigger their child's fears or phobias," said Professor Jeremy Parr from Newcastle's Institute of Neuroscience.
Advertisement
"To be able to offer a treatment that works, and see the children do so well, offers hope to families who have very few treatment options for anxiety available to them," Parr added.

Autism can affect a child's learning and development, often resulting in impaired social and communication skills and many also have fears or phobias which can be very distressing but are often overlooked.

For the study, the team involved a small group of children with autism aged 8-14 years. Half received treatment in the 'Blue Room' straight away and half acted as a control group, receiving delayed treatment six months later.

"People with autism can find imagining a scene difficult which is why the 'Blue Room' is so well-received. We are providing the feared situation in a controlled way through VR, and we are sitting alongside them to help them learn how to manage their fears," explained Morag Maskey, a researcher from Newcastle.

The results showed that overall 40 percent of children treated showed improvement at two weeks, and 45 percent at six months.

In a separate study, published in the Autism in Adulthood journal by the same team, the VR treatment was shown to be effective in autistic adults.

Source: IANS
Advertisement
<< Is Will Power All I Need To Achieve Self Control? Turns Out...
Older Women 3 Times More Likely to be Treated for Osteoporos... >>

'Virtual Reality' Used as a Therapy That may Help Treat Alcohol Dependence
Alcohol-dependent patients had a faster metabolism in the brain's limbic circuit, which indicates a ...

Phobias
A phobia is an irrational and exaggerated fear of an object or a situation that in reality, poses li...